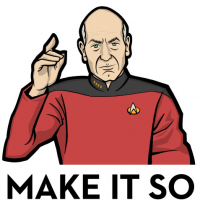 v0.8.0 of node-red-contrib-flexradio nodes are now available via Manage Palette and NPM. (The NodeRed manage palette may be delayed as it takes a bit for systems to refresh updates.) These nodes allow you to control and monitor your flexradio from NodeRed (http://nodered.org).

Updates in this version include:

* Numbers in delivered messages are now actually numbers and not numbers wrapped in strings. This is from an overhaul (again) of the command stream parser code. Handles for clients, streams, and such are kept as hex strings and not converted to numbers, example: 0x40000001. Where a handle is not prefixed by '0x' in the flex radio responses, one is added to maintain consistency.

* Found a few more edge cases in the command stream parsing, `meter 24 removed` which were causing errors and in some cases complete crashes of the system.

* Reorder items in node configuration so that the `Name` field is last. This maintains consistency with the built-in NodeRed nodes. This is only a user interface change.

* Clean up the event handlers among the nodes to more gracefully work with re-deploys and not consume extra memory and resources. Refactor many of the listeners in the top-level exposed nodes to be more consistent.

* Update the `vita49-decode` node which enables access to the VITA-49 datagram parser without creating a UDP listner (e.g. the `flexradio-discover` or `flexradio-meter` nodes). This is an advanced feature which may be removed in a future version.

* Add `flexradio-decode` node to enable access to the parser without a connection to the radio. Could be used if you want to manage the TCP connection yourself. An advanced feature which may be removed in a future version.

* Rewrite the vita49 parser to use `binary-parser` npm module. This adds a dependency, but it's a small one and will make the parser more flexible in the future.

* Write and rewrite test scripts and workloads for both command stream (TCP) and data stream (UDP) parsers to exercise them and their use.