Takeshi Yamada RetiredMember ✭✭
August 2016 edited June 2020 in SmartSDR CAT
I happened updated Windows 10 to ver. 1607 and knew that FlexRadio Virtual Serial Port does not work.   It returns "Code:19.  Registry information is incomplete or broken and can't start device" (description may be different as mine shows message in Japanese).
Are there any way to fix this other than back to the previous Win10 version?  I need this version to have run Xlaunch (X window system) to connect to Unix system. 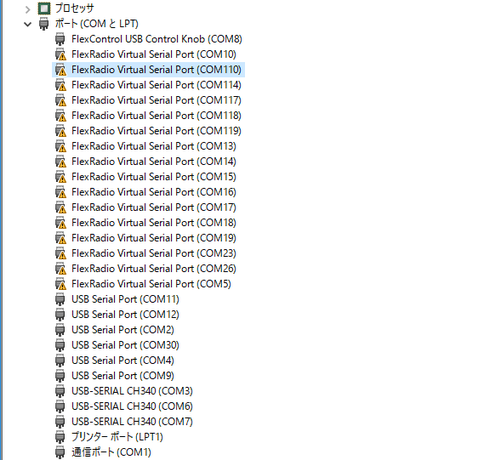