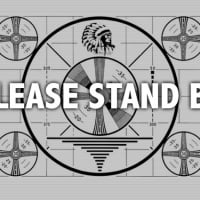 I have a 6400 and SPE Expert 1.5k that, while tethered to a computer sitting next to them, works perfectly using SmartSDR and SPEs software. The reason for moving to the Flex was to be able to move around between 4 buildings at my QTH and be able to take the "shack" with me. I have no internet available at the QTH so this is LOCAL network access only.

I now that the tower up and all the feedlines for antennas coming to the "radio building" and am finding I can not do what I want to do and need to see if it is me or hardware limitations.

If I can't get full "remote" just on a local network how on earth is it being done at a truly remote site?

What am I missing?

Why can't the Flex control the amp since it already is talking to it?

On the morse, I think the mistake is thinking about it as a digital signal (key up/key down) rather than an analog stream that would not be bothered by latency, but that's MHO.