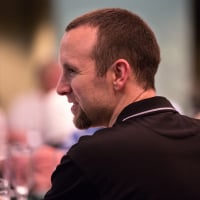 Eric-KE5DTO Administrator, FlexRadio Employee admin
May 2019 edited June 2020 in SmartSDR for Windows
We hear you.  Some of you don't like the Profile Auto Save feature.  I'd like to learn a bit more about what it is that you don't like.  First, I want you to understand what prompted the change.  We had enough problems related to "losing" settings after they had set them up that we felt like we needed to change how this worked.  The scenario would go like this: They would load up a profile, then go change some settings and get things set just the way they wanted.  But they would forget to go save the profile.  Then they would change bands and end up on another profile.  What they didn't realize is that by not saving the profile, the changes would not be saved.  So when they returned, the original profile is loaded with all of their changes lost.  Bummer.  This was a common scenario and it played out over and over on our helpdesk.So we sat down and put our heads together to figure out what we could do to help address this issue.  We thought through the scenarios of what people usually do with profiles and compared how changing settings works with other rigs.  The net of all of that is that most radios save changes to settings as soon as they are made and not surprisingly, most operators expect this behavior, barring any previous experience with our profiles.What we came up with is the new Profile Auto Save feature initially rolled out in v3.0 (also included in v2.5 which will be released very soon).  The Auto Save feature works on both Transmit and Mic Profiles (but not Global Profiles, which are snapshots -- at least not directly. keep reading).  By allowing the user to create a profile based on the current settings, it allows easy creation of backup profiles (to return to if they don't want experimental changes to taint their setup).  And it saves changes to the associated parameters like output power and mic gain.  The net effect is that you can still return to a pristine profile if you like at any time and yet auto save keeps you from having to remember to save your profile and ultimately losing settings.Note that if you want to keep your pristine profiles pristine, you should load them, then immediately create a derivative profile.  In other words, they are just a starting point that you use as opposed to a profile you actually operate with.So that's where things were up until this weekend where I sat down and spoke with a customer at the Dayton Hamvention and had him explain what he didn't like about the Auto Save feature.  He was able to explain what bothered him.  Basically, we have trained the customers to use profiles (both Transmit and Global) and they are using them.  However, when they use load Global Profile called "40m CW HP", they expect the power to be set for their amp.  But the Global Profile is simply going to load the associated Transmit Profile and if the last use on that profile ended up bumping the power up, this can turn into a problem (e.g. they load the 40m CW HP Global Profile and key up to find that they have transmitted 100W into their amp -- not good).So this is something that we will be discussing.  We would like to hear from you about other scenarios like this that have caused you problems with the new Auto Save functionality.  It is admittedly a different way of doing things and change can be hard.  I do think there are advantages to the way it works now in terms of not losing settings that many operators expect to be saved.  On the other hand, we aren't perfect and don't know it all.  So I'm sure we can improve on how it works.To answer the question: Yes, we do care.  Yes, we are listening.  It is because we are listening that this change was implemented.Note: For the sake of keeping this conversation clean, responses such as "I just don't like it" are likely to be removed.  We are looking for operational scenarios that describe specifically what it is that causes problems when using Auto Save.  It also helps if the responses are civil.