Michael Ruttenberg Member ✭✭
October 2018 edited October 2018 in SmartSDR for Windows
I couldn't get my PC (Dell XPS15 9550 Win10 v10.0.17134) to send the laptop mic audio to my 6300 so I had a look in the Sound -> Recording window. FWIW I'm using SSDR 2.4.9.I took a look in the Sound -> Microphone settings and found many instances of dead and duplicate devices (as per screenshots 1-7, same before and after the rest of the steps described below).I tried the previous instructions of going to C:Program FilesFlexRadio SystemsSmartSDR v2.4.964-bit Drivers* and clicking the 4 x uninstall .BAT links. Rebooting removed none of the extra drivers, about 10 still remained.I therefore went to C:Program FilesFlexRadio SystemsSmartSDR v2.4.964-bit Drivers* and run the 4 x RemoveRegistryEntriesRemove Registry Entries .reg files and rebooted. All gone from the Sound -> Recording window at that point.Reinstalled the 4 sets of drivers from the ...install.bat files. Rebooted. Didn't see any Microphone DAX entries at all.I did get a message flash up about a file or folder. Videod it and it was about "A subdirectory or file C:UsersMRQA Consulting LtdAppdataRoamingFlexRadio SystemsInstLogs already exists." Not sure if that is an issue or not but I thought I would mention it.Went through each of the 4 sets of folders and clicked the Audio_DAXServiceservice.reg and Audio_DAX.reg entries. Rebooted.Now I have 39 entries in the Microphone screen. Playback window looks fine (13 entries for DAX, as expected).Now when I start up SSDR I get a DAX failure message before I even start up the connection to my rig (when on LAN). See screenshot 8.
In Device Manager I see an issue with the MIC entry, but the Audio inputs and outputs list looks correct. (screenshots 9 and 10).
No idea what to do next. Please advise.MikeG7TWCscreenshot1 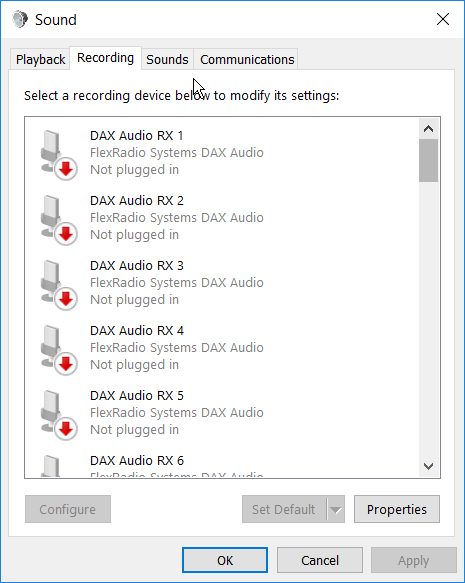 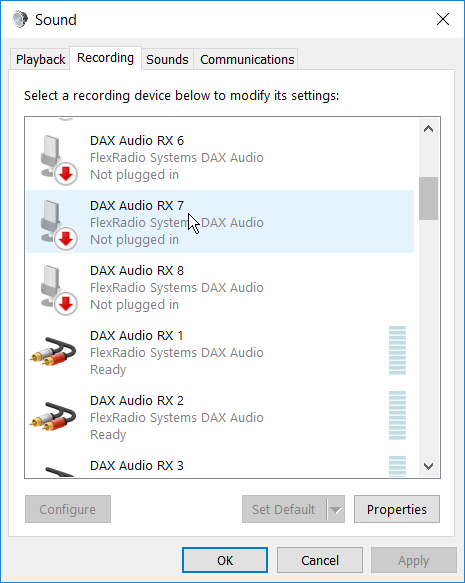 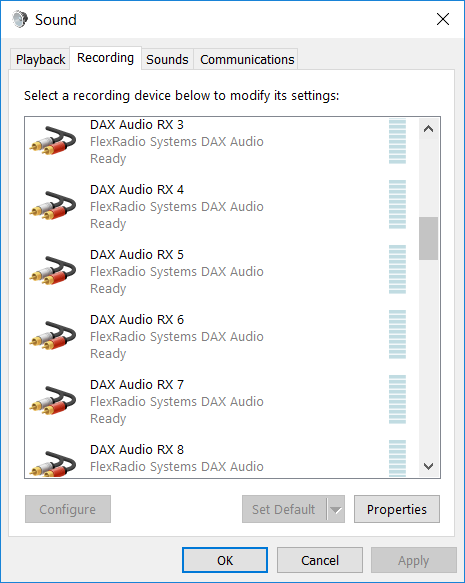 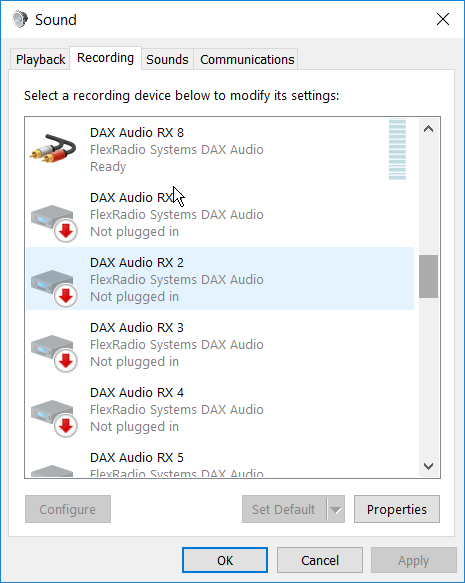 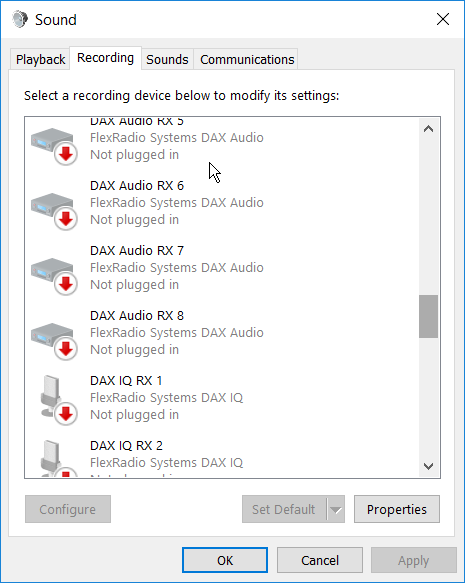 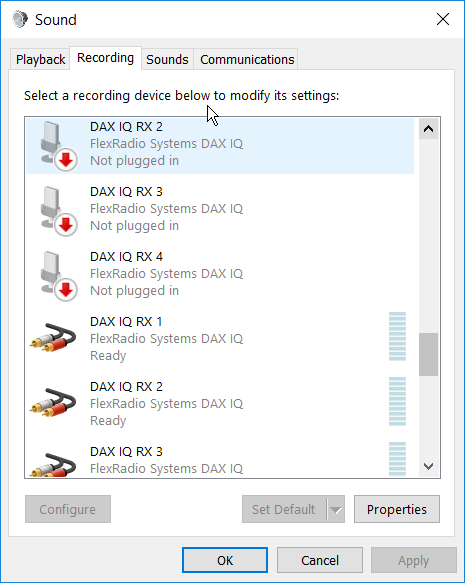 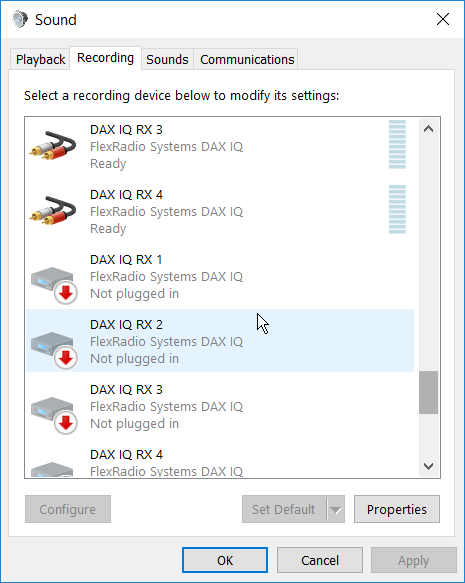 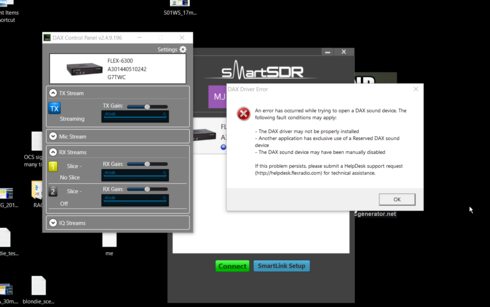 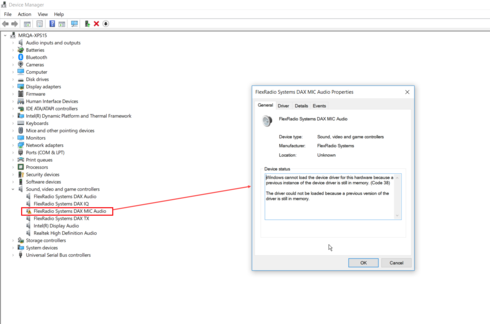 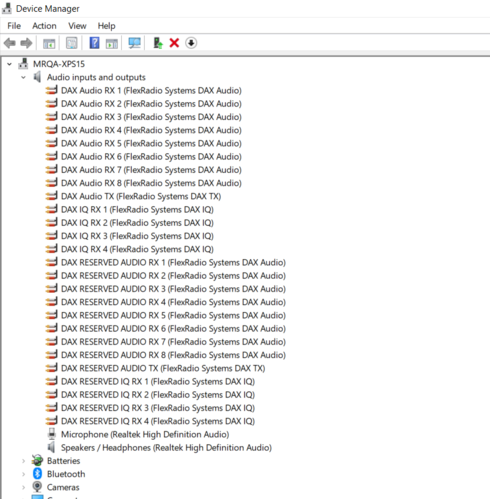