Sound quality problems with xDax, Loopback and a MacBook Air 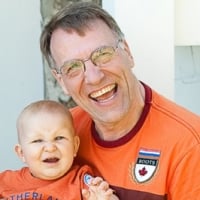 Ted VE3TRQ Member ✭✭✭
April 2018 edited March 2020 in Third-Party Software
TIme to look for some help from the community. I'm a long-time Mac user, and was thrilled to find out it would be possible to use xDax on a Mac for digital programs with my new 6600M (part of the reason I decided to go with the Flex instead of the new Icom). A few days after receiving my 6600M, I loaded all the appropriate software (dogparkSDR, xDax, xCat, Loopback, Fldigi and WSJT-X) on my MacBook Air. First try was using Fldigi for my favorite digital chat mode, FSQ. I found that decoding was not particularly effective. The individual tones appeared to be slightly horizontally stretched or elongated, not so bad that strong signals were not decoded, but signals that I was easily decoding with my K3 / SignaLink / Linux setup were not decoded. Thinking the problem was the fact I was running too much on the MacBook, I connected the 6600M front panel instead of dogparkSDR, and only ran xDax and xCat with Fldigi on the MacBook. Still no joy - the tones making up the signal were still distorted. So I loaded up a Windows 10 laptop with Dax, Cat and Fldigi to try that in exactly the way I set up the MacBook - perfect decode, great signal quality, no distortion. So the problem is the Mac environment, not the radio. Now the questions about my Mac setup: I am using the Rogue Amoeba's Loopback software to create two pass-through devices, one for input, one for output. One I connect to Dax Rx, the other to Dax Tx, then I connect the corresponding devices to Fldigi's input and output respectively. Am I doing this right? Anyone experience problems with Loopback and xDax on MacOS 10.13? (Other than the annoying lack of rig control support for the 6600, forcing use of COM port emulation in Cat.) Thanks for any input. By the way, I love the 6600M, but have discovered if I'm going to use a Windows laptop as a remote, it needs a lot more horsepower than the one I have :-) It appears dogparkSDR and xDax are less load on the Mac hardware. Ted VE3TRQ .
1