out of band problem

Steve G1XOW Member ✭✭
March 2017 edited May 2020 in SmartSDR for Windows
SSDR will not TX after out of band event.

This am, trying to work JT1 on 18.166 but my 2.7kHz b/w made me slightly out of band situation. However, even after moving back down the band the TX inhibit would not disengage. See image attached showing 18.160 with TX still locked!

Restarting SSDR did not help. I had to cold-start the radio again to get it to reset. Very frustrating. 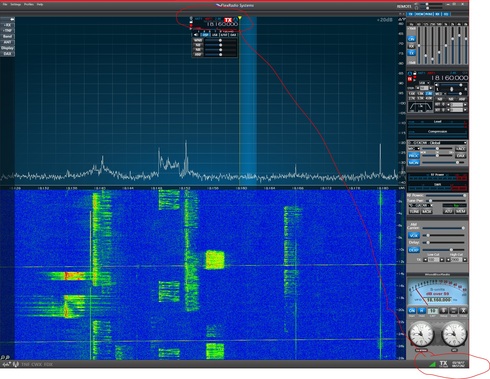