Rick Member ✭✭
November 2016 edited July 2019 in New Ideas
I've been battling a problem for far too long and this weekend I borrowed a friends heafty LiPo battery pack that was sufficient to power a non-Flex radio. This enabled me to throw all the breakers of in house and power them up one at a time. Once I identified the troublesome circuit, which fortunately was in my house despite the fact that the Hex Beam would null out the RFI, I could then start pulling plugs on individual components in the shack. I've attached a screen shot to show the severity of the problem on 20m. It turned out to be an older NEC computer monitor that was powered directly as opposed to the more typical outboard supplies we often see now. I've seen some similar posts on the list and thought I'd share my resolution. I'm clean as a whistle now!73
Rick, W2JAZ 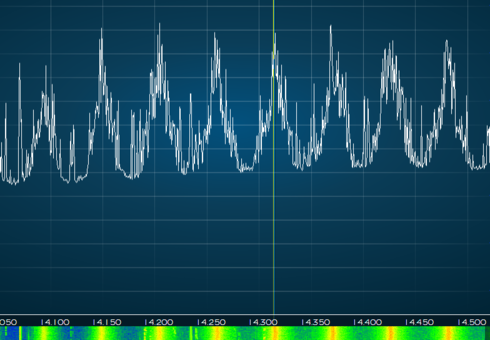