Is the FlexRadio GUI library available? 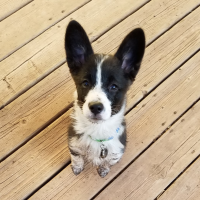 Freeman Pascal Member ✭
May 2022 in SmartSDR API
FlexRadio is generous with their API access. I wouldn't be surprised if they also allow access to their GUI library. Is the FlexRadio GUI library available? It would go far encouraging new developers to program to a common look and behavior. I'm not a GUI guy, I am a low level backend coder. The GUI would save me a lot time while coding in C# on Windows and Linux - I am determined to write a SmartSDR-like client for Linux.