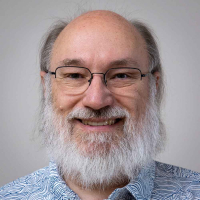 When I power up my Maestro, it says "There are currently no radios available", even though my 6600M is turned on and connected to the LAN. Then if I leave everything alone for a while (typical: half an hour!) the Maestro eventually discovers the 6600M.

The Maestro is on 5GHz WiFi. Other SmartSDR devices in the house (including a MacBook Air, an iPad, and computers running Windows 8.5, 10, and 11) have no such problems, on wifi or on ethernet. A packet trace using Wireshark on the MacBook Air sitting right next to the Maestro and on the same 5GHz WiFi shows that the discovery packets are coming out like clockwork every second on UDP port 4992 addressed to 255.255.255.255.

The 6600M is connected to the LAN via ethernet through two switches. Devices anywhere on the ethernet and those on the wifi all share the same subnet. The router is an AmpliFi Router HD (firmware 3.6.2) with one AmpliFi MeshPoint HD.

The Maestro has a charged battery inside, and is also connected continuously to the AC adapter.

SmartLink is not involved here, this is a local radio. If the Maestro is logged in to SmartLink, it shows the radio available through SmartLink right away (instead of saying "There are currently no radios available"), but still doesn't discover the radio locally right away. When it does eventually discover the local radio, the local entry replaces the SmartLink entry. (Didn't it always show both before? The iPad version does.)

This is new behavior. With the same setup, the Maestro used to reliably discover the radio. Occasionally, it still does, but usually I see the behavior described above. I am not aware of anything significant that has changed in the environment, though the LAN is always changing. The Maestro and 6600M are running 3.2.39; the behavior change did not coincide with the version update.