Why would my 6400M be contacting Microsoft? 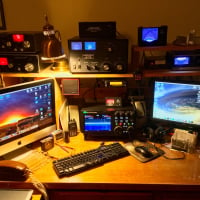 From my firewall logs:

I don't use Skype for anything

I don't use any external software to control the radio. Only the controls on the front panel.