Chasing RFI noise in our home 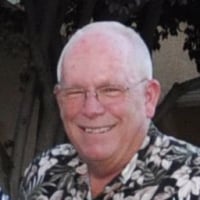 I have been chasing sources of RFI to my station, from systems and devices within our home. It's been very interesting! The biggest villains have proven to be our landline DSL service, our refrigerator, our RING cameras, one of our Z-Wave light switches, our dish washer, our garage door opener and the LED lights **** above the desk of my station.

DSL Service - After identifying the problem, our solution was to end our service with CenturyLink and go with the local Sparklight Cable Internet service. Solved that problem. See the attached photo showing the DSL interference that starts at 3.8 MHz and goes up from there. Seven to eight dB of destruction!

Refrigerator - There are two noise signatures here. One, is a band of interference that repeats about every 57 kHz. It is present nearly all the time, but it is horrific whenever the refrigerator door is opened. The second is a fringe that can be seen on the top of the pan adapter. It repeats about every 3 kHz. It is sometimes there, and sometimes not. Between the various heaters, the compressor, the fans, the lights and all in the refrigerator, there are a lot of waterfall signatures that I see, and I see them change when I hear the sounds from the refrigerator change. By the way, it is about a 9-year old Kenmore.

RING Cameras - We have five RING cameras that are Ethernet PoE connected to our network. They all produce spikes, roughly 250 kHz apart, all the way thru the HF band. Fortunately they are pretty narrow and not as disruptive as they appear, but they are a problem.

Z-Wave light switch - One of five switches of the same manufacturer (Leviton) was "noisy". It generally raised the noise floor about 5 to 8 dB. Interestingly, the interference was far worse when the switch was OFF than when it was ON.

Dish Washer - Most of the impact from the dish washer is below about 3.75 MHz, but it can be quite severe. The signature on the waterfall depends on whether the washer pump is running, or the drying circulation fan, and so forth. The effect is essentially a significant increase in the noise floor.

Garage Door Opener - Fortunately the problem only exists when the motor is running. It raises the noise floor probably 10 to 15 dB and has a spiked waveform that repeats about every 16 kHz. It is a MyQ garage door opener, about six years old. It sounds quite disruptive when it is operating.

This is an extremely abbreviated report on what I learned. But the bottom line is that with dropping the DSL, replacing the Z-Wave switch and running a second ground wire from the refrigerator to the adjacent microwave (that improved it a bunch), my overall noise floor is very much improved.

I've hopefully attached several photos to show the above. The last two should be a BEFORE and an AFTER I made the changes. Most all of the photos are on 80M, as that is where I spend a lot of my time. Note that the noise floor on the BEFORE picture is about -90 dB to -92 dB. In the AFTER photo, it is about -100 dB to -118 dB. That's BIG!!! Just thought I would share my findings. Note on the AFTER photo, the major bands of interference on the left half of the display are the refrigerator. I'm just not sure I can justify $2,000 to $3,500 to replace a refrigerator to make my hobby more user friendly. Rats!