Performance of the DAX decoder - Flexradio 6500 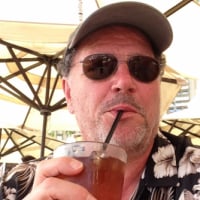 I had a hard time with my 70 cm EME rig and the performance of the Rx path. Sensitivity of the system is not what is expected. I changed all components (PreAmp, Transverter, Flexradio, cabeling, . . .). I replaced Flexradio and Transverter with an ICOM 705 - no change in performance. Compared to other EME stations my Rx sensitivity did never fit.

A good friend recommended to use an external 24 Bit Soundcard at the Audio Output . . . and luckily I did.

With this change my Rx has changed significantly. It decodes with WSJT-X now signals down to -30 dB (on the WSJT-X scale). Before I could reach hardly -17 / -18 dB.

So - my question: What is wrong with the DAX decoding ? Did I use a wrong configuration or is the sensitivity of the decoder limited due to less than 24 Bit ?