Power Out seems low for FT8 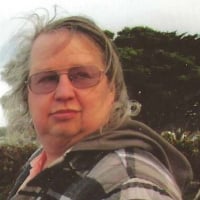 I have been running an Amp for a while but decided that running FT8 via the Amp is not required for what I do. So, I created a new FT8 generic profile (I was creating a profile per band but don't think it is necessary) and started working with it. With the Amp, the power out of the radio was dialed back to a few watts and and so I went in and created a new radio profile with all bands set to 100 on tx. However, with the power slider all the way to the right, I am getting between 70-80w out. I THINK it is a Windows issue between WSJT-X and DAX as there seems to be about a thousand mic controls in windows. I run into issues when I plug in my USB headset and find that I get no power out to the radio even though the TX is firing in DAX. I usually need to restart Smart SDR and DAX to correct the issues. Sometimes, I need to reboot the radio also. But that is 0 power out and when restored, I still and seeing 70-80w. TX gain in Dax is set to 50% and I leave it there. What other black magic is there in Windows? I created an FT8 MIC profile but it never worked. The Default profile does. BTW, from FRSTACk monitor, I see the power on an FT8 broadcast vary between 70-80w during the transmission like there is something wavering. The SWR and Ref power stays steady. Just the forward power is moving. I remember a year ago always getting 100W out when I set for FT8.