Along with my Flex 6600 and Q5 transporters, I have been using PST Rotor to control my Satellite station Azimuth and Elevation rotors. It has been a great program but it had more function than I needed and lacked a user interface that highlighted important information.

I  am able to get the DDE data broadcast from SatPC32. Mark, MKCM helped me with a DDE bridge, but I was later able to find a Node-Red DDE node, that I ended up using.

I use the commands shared by Andreas, N6NU for the Green Heron Controller.

Getting data to/from the Green Heron Rotor Controller into Node-Red was a challenge. I found the Node-Red Serial In/Out node really struggled with flow control and the result was very inconsistent. I switched over to a Serial to IP converter and found the flow control from the TCP in/out Node very good. Serial to TCP is my final solution.

Here is a screenshot of my Satellite Dashboard Rotor Control: 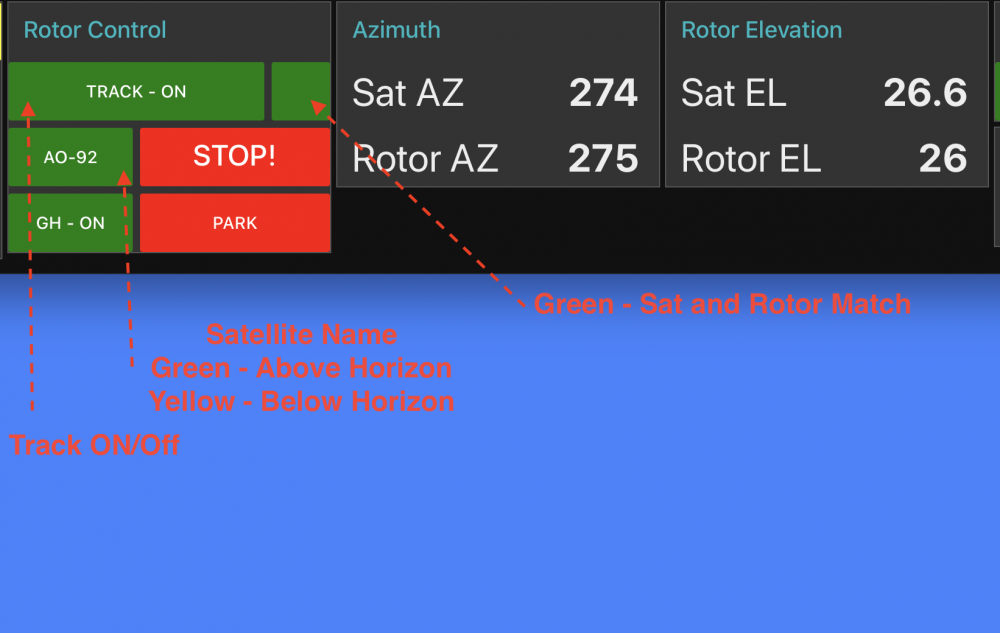 Here is a screenshot of the individual Rotor AZ and EL controllers. Note the button background color changes when the rotor position is equal to the button command: 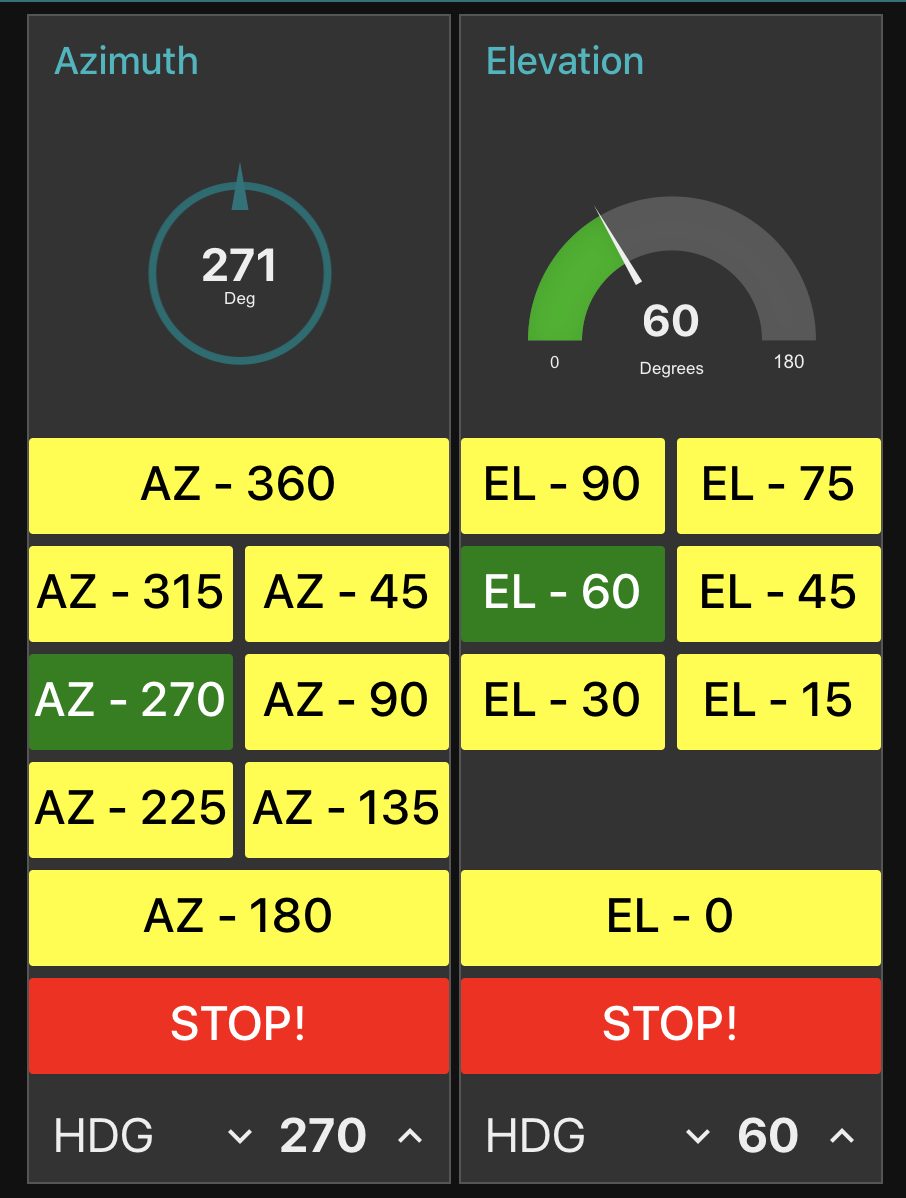 Here is a screenshot of the Radio Control Panel: 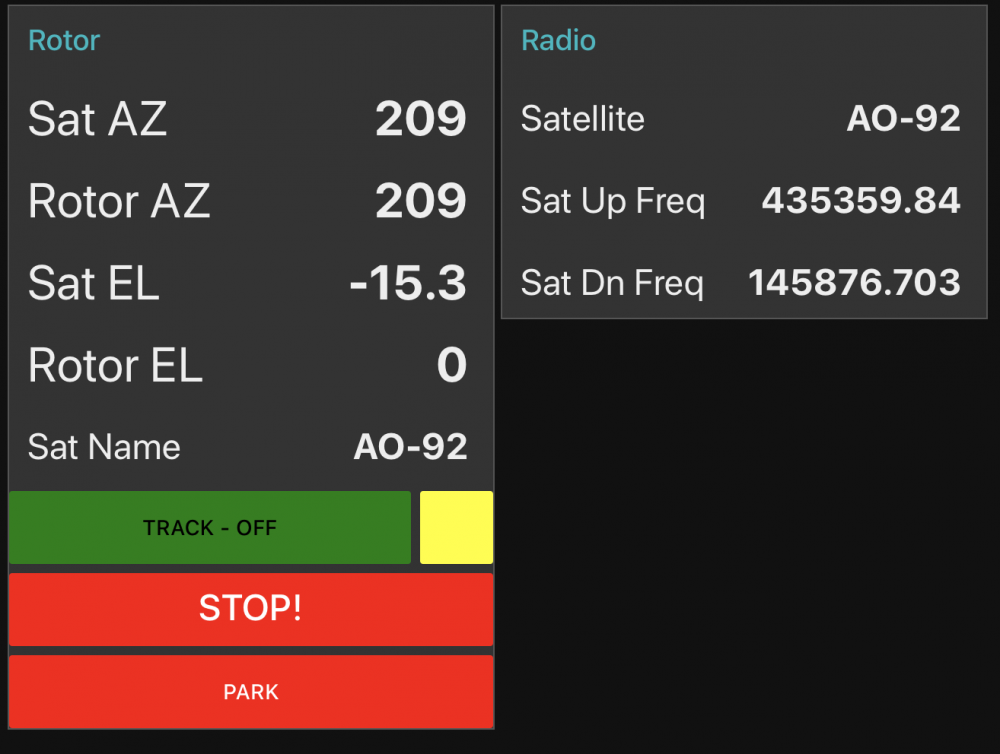 And, here is a screenshot of my Satellite Tracking Station: 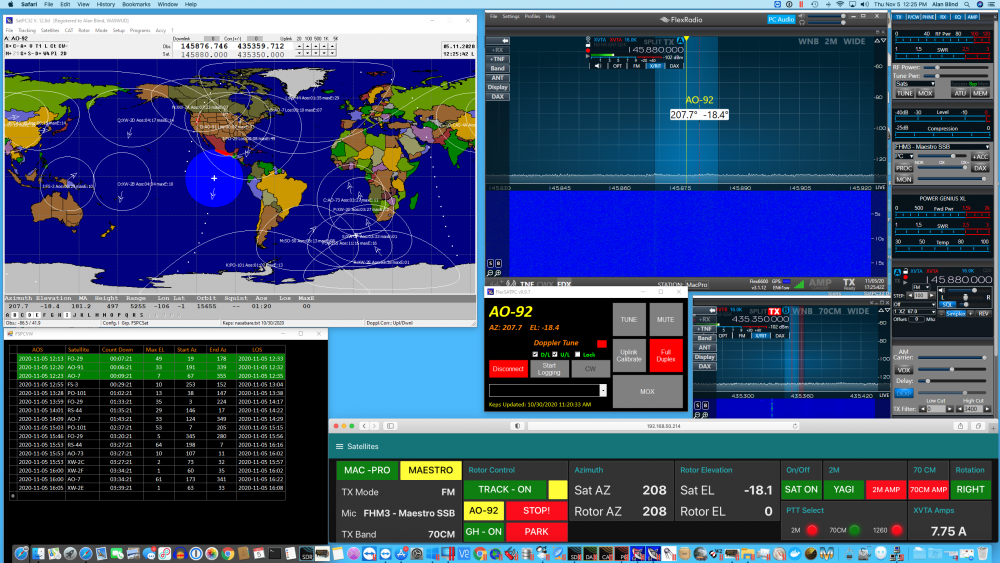