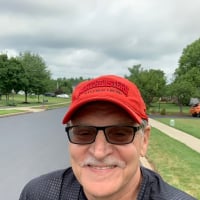 I have been using my Flex 6400 with an Elecraft KAT500 tuner and KPA500 amp. I have all the cables connected as per the KAT500 manual. I have been using GAP 20 Meter Mono and a Zero-Five 43 Ft. vertical Everything has worked fine for about 6 months but recently I get a Fault on the tuner and sometimes the amp also on certain bands even with a dummy load or on the GAP on 10 or 17 antenna with only a 2.3 SWR on some bands. I even converted my Zero-Five to a 33 Ft 40 meter vertical and still have a problem. When it happens it even has a Fault when in Bypass. When I get a fault it's after seeing low SWR on the meter in my Maestro on Tune but then goes high on transmit. I have checked or replaced all my coax cables and don't believe their is problem with my setup.

I have been in contact with Elecraft support but not getting any answers yet. Apparently due to stay-at-home orders in CA their repair activity is limited.

I did notice after a Fault, that with the USB able from the KAT500 to the Flex the high SWR problem is gone in Bypass. I am wondering if the communication between the Flex and tuner is giving the tuner a frequency change on transmit. I have not had any RF in the shack issues and everything is well grounded and bonded as per the N0AX book.

Has anyone else using this setup experienced anything like this? Right now I am very disappointed with Elecraft and wonder if I should have saved money and got an LDG AT-100Pro II.