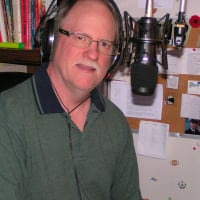 Bill -VA3WTB Member ✭✭✭
April 2020 edited August 2020 in SmartSDR for Windows
last night I tuned into a friend broadcasting his Anan 7000 DLE  over u tube. 80 meters.At some point he turned on his NR2 in order to lessen the static on the band. Because I could hear his audio from his radio well I heard the difference.I decided to turn on my NR. As usual the Flex NR made signals very dull without any mid ranges in peoples voices. So I started trying some settings. I set the NR between 6 and 10 on the slider. Then I used the RX EQ to increase the upper frequencies to compensate for the NR loss. I turned up the slice audio gain and just listened.It was really nice, All the voices were clearly heard and the band noise went down a lot. And it closely compared to the Anan, if not smoother. The Anan had a lot of pumping and wind sounds although the peoples voices were good. The Flex had none of those sounds in the background and no pumping. I also found that if a signal approached S9 the NR performed it's best.I think I am re thinking the use of the NR, I have been impressed, somewhat surprised.Give it a try and see if you can make it work as well as I have?
2