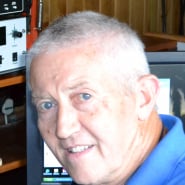 Roger G3LDI Member ✭✭
June 2019 edited November 2019 in SmartSDR for Windows
Flex 6600  I5 quad core new PC     N1MM+
Upgarded to 2.5.1 and Windows 1903. Messed up the DAX drivers. I have followed Tim Ellisons instructions, several times, including  uninstalling the DAX drivers in the 64kbit directory running as administrator. I have managed to get receive RTTY and PSK to work, but for some reason when looking at soundcard settings in N1MM, there is NO DAX TX showing, just lots of RX. TX seems to have disappeared.  Help greatly appreciated. Streaming is on in the DAX window, but no red bar showing.I have checked all the DAX channels on slice A, but only channel 1 will work on receive anyway.   I have done all the above lots of times, rebooting each time. I do have Teamviewer if that helps.           73 de Roger, G3LDI