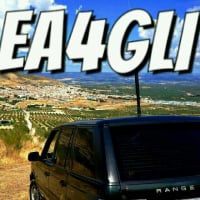 EA4GLI SalvadorMember ✭✭
January 2018 edited June 19 in SmartSDR for Windows
Happy new year to all. I hope 2018 brings happiness and health to all of you.

On January 24th, 2018 we will reach 6 months since the availability of Version 2.0 of SmartSDR. Yep, it's been half a year.
I understand we do not get a road map anymore and that FRS is busy working on the new hardware but software upgrades are beneficial to all and therefore my inquiry.

My questions is, can FRS (Gerald) put forth any type of statement about what is in store for us in the realm of SmartSDR updates? Are we looking at 1, maybe 2 updates a year? Maybe quarterly releases?

I am not asking for specifics dates or content (I would love to get those but I understand the new policy). I just want to know what, if any and approximately when, (no commitments) if ever, we will be getting something (anything).
Are any of the things on the works noise reduction, improvements on TX or GUI related?
Maybe something completely different = Mind Blown stuff?