I was reviewing the newly release TGXL Preliminary Manual and the follow statement on Page 6 caused me to search for a actual Engineering definition. I was able to find many statements that used fluff words rather than specifics or provide different duty cycle percentages or provide different maximum transmit time followed by a minimum receive time to try to frame what it means. But I could not find anything specific regarding it's meaning for operation of the PGXL. When I look at it in light of the RF Power spec on Page 8 and then think about the Power Derating function outlined on Page 71 it gets a bit difficult to know in advance how to properly operate with the tuner so you know the specification will not be exceeded and potential damage be done.

Can a bit more actual operating specifics be place on what all this means? Maybe something that gives measurable easily understood criteria like:

I am not being critical of the TGXL or even the Preliminary Manual but rather just want to be sure that once I press the PTT and put the TGXL in line that I am not exceeding it's ratings. 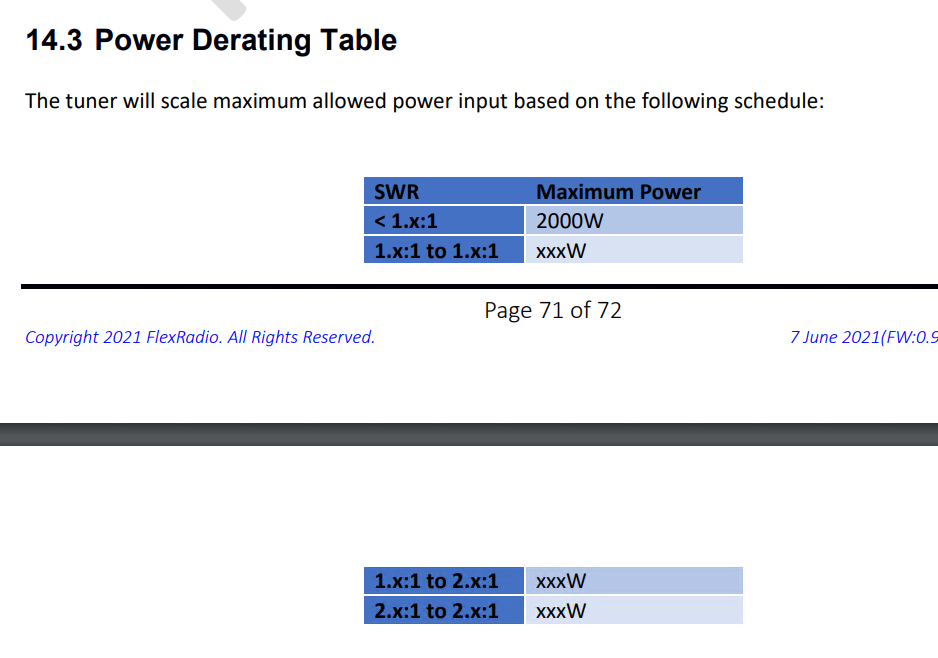