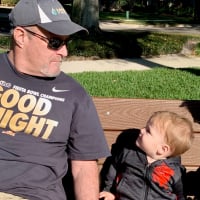 Greetings! I have installed the Electraft KPA 500 amp to my 6300 and I fear I may have hurt something before I got everything sorted out and settled in. The issue is that on 40 meters (and only this band) I get this strange spike of noise while the amp is in STANDBY but it completely disappears when I change it to OPERATE mode. If I change the TX on that slice to another, it is still there, but not quite as bad. This is what it looks like:

I would really appreciate any advice or suggestions before I open up a Helpdesk ticket, as I know the guys are full-bore trying to solve bigger problems for more people than just me.