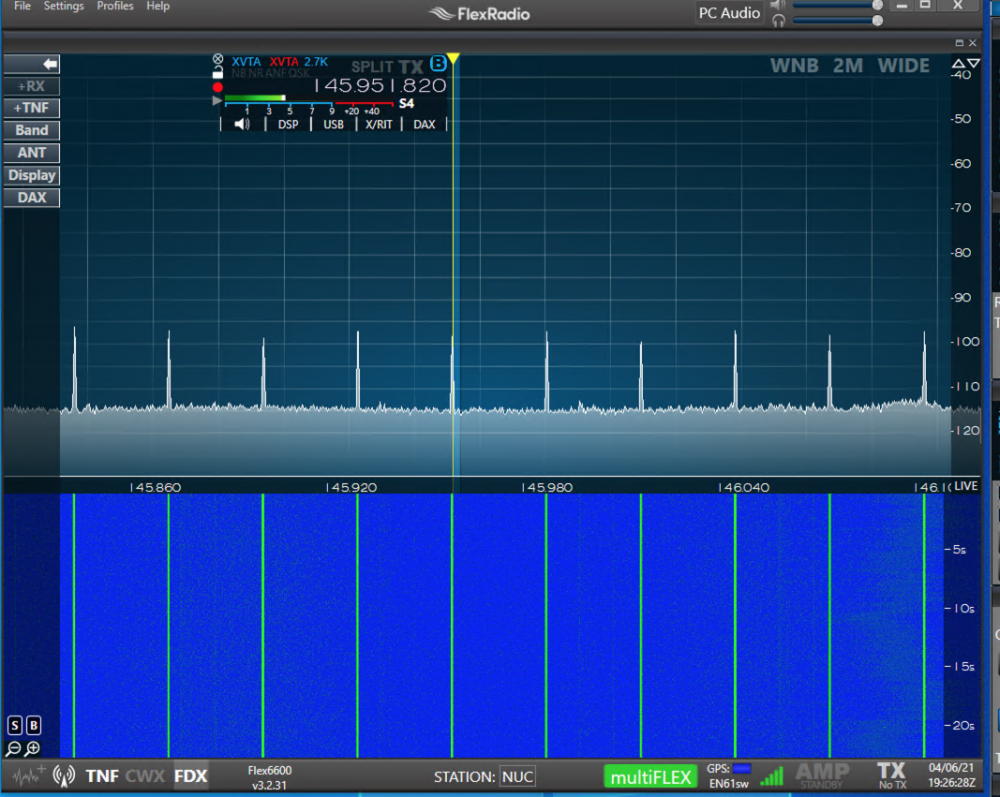 So, I took a look at 30 MHZ and found the same noise spikes: 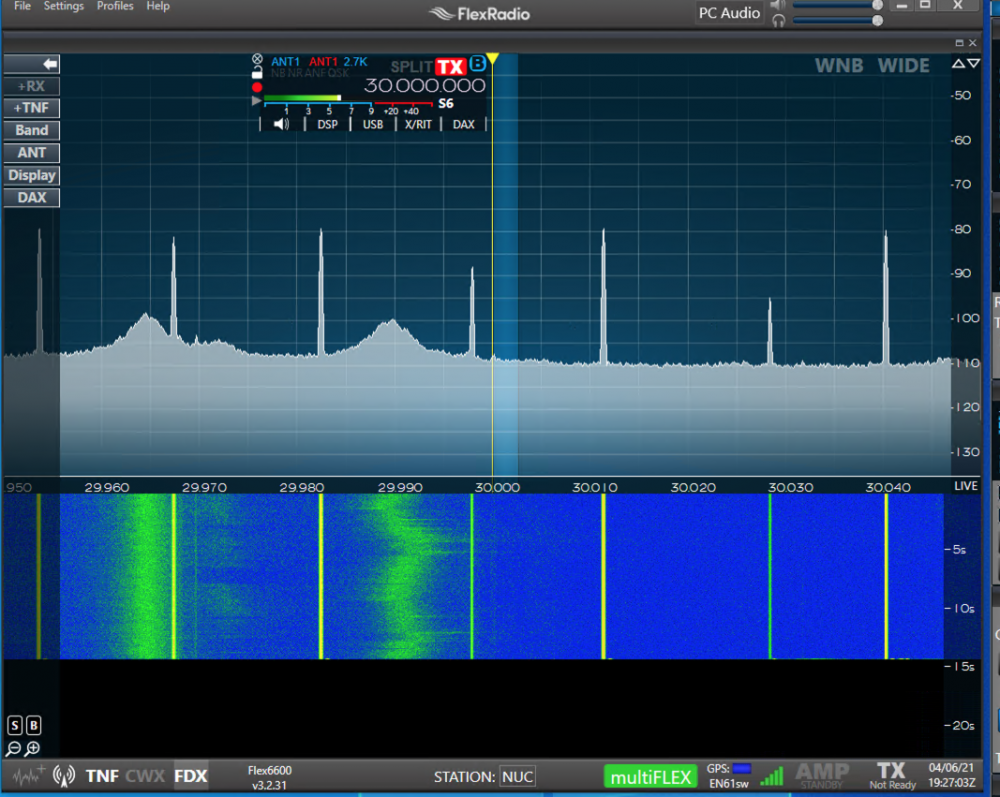 Then, I expanded the pass band to see how wide the problem area was. It was wide. Here is the high side, rolling off at 35 MHZ: 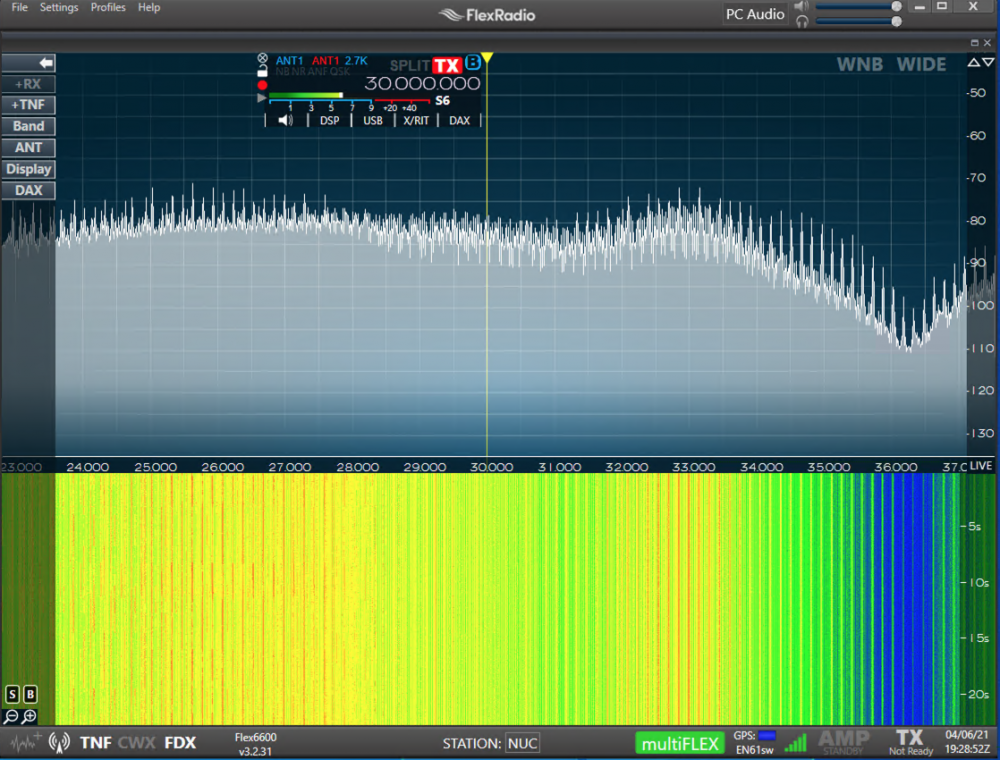 And here is the low side, rolling off at 18MHZ. 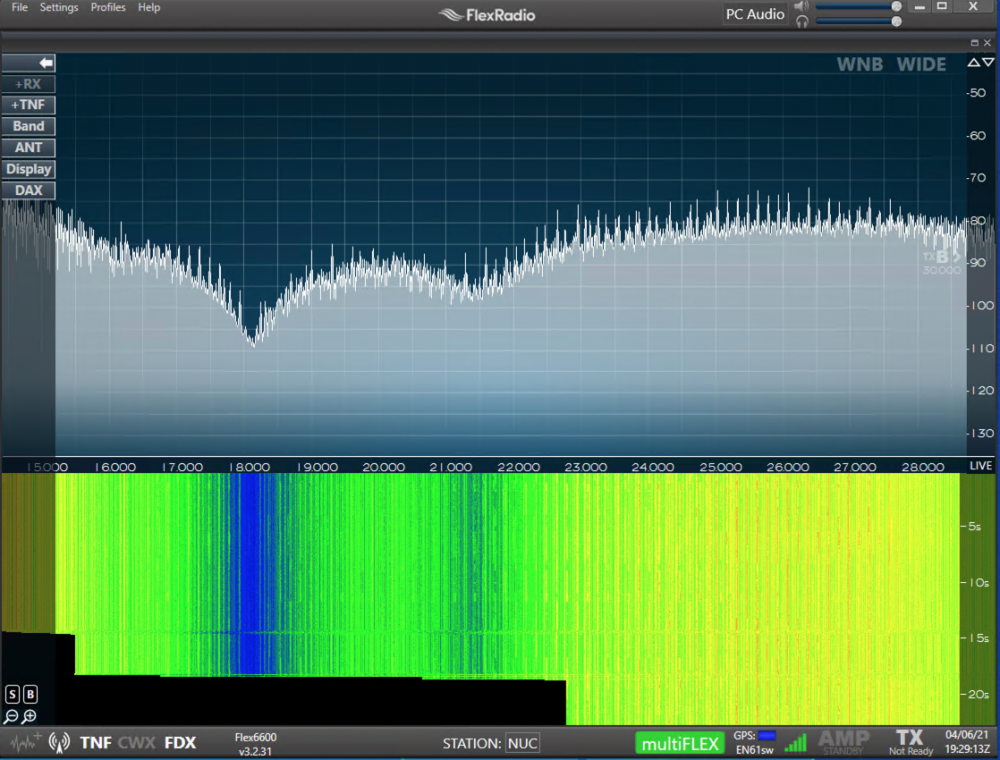 I did the usual stuff to isolate the source, ending in all AC power one, radio on DC power. No change. I then tested all the LAN components on/off, with no change.

Normally, I do not work 10M, but the spikes on 2M and 70CM when working satellites is annoying.