Dave - N6XVZ Member ✭✭
January 2019 edited June 2020 in FLEX-6000 Signature Series
Sorry but the pictures that follow are gruesome and may churn the stomach of even the most stout OM or XYL...I have a 1.5 yr old Goodman furnace that has an ECM blower motor.  In diagnosing the situation, when at the furnace and watching my waterfall, 10m gets blown out as visualized below (2nd one) the moment the relay flips and blower starts moving.  These aren't birdies they are a flock! 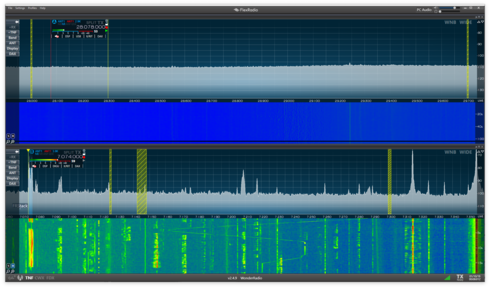 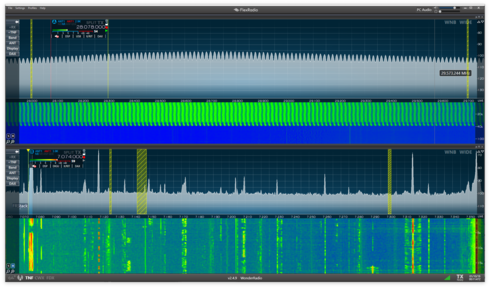 I am in the process of working with installer and mfg but it's not looking promising.I have found these two articles and am headed down a path of suppressing RFI on the wires to the motor- hoping its there....  Curious if any of you have seen such a signature and have any tips as I hate to stumble around for months to sort this out - although the 10m prop is shot for a year or two more so I guess I have time....Resolving Furnace and A/C RFI (Radio Frequency Interference) - ARRLwww.arrl.org/files/file/.../Solving%20Furnace%20and%20AC_RFI_KM4LHZ_v9.pdfhttps://www.eham.net/articles/32146Thanks,-Dave
0