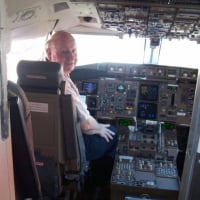 This morning, I checked into my local AM net and I was told that a continuous popping noise was heard in my audio. I tried SSB and received the same report. I then disconnected the microphone and the popping can still be heard. I disconnected all peripherals leaving only DC power, LAN connection, and RF cable. The popping can still be **** the carrier. I disconnected the antenna and transmitted into a dummy load and the popping is still present. I watched the transmit waveform on the SmartSDR display. When I transmitted, I noticed that the popping was present on the baseline and did not affect the carrier itself as if the popping was a form of modulation. I tried all bands and all transmit modes with the same result.

I performed a complete factory reset and nothing changed.

Any suggestions would be appreciated.