I get theses pulse when I transmit for FT8. Any ideas what could be causing them? 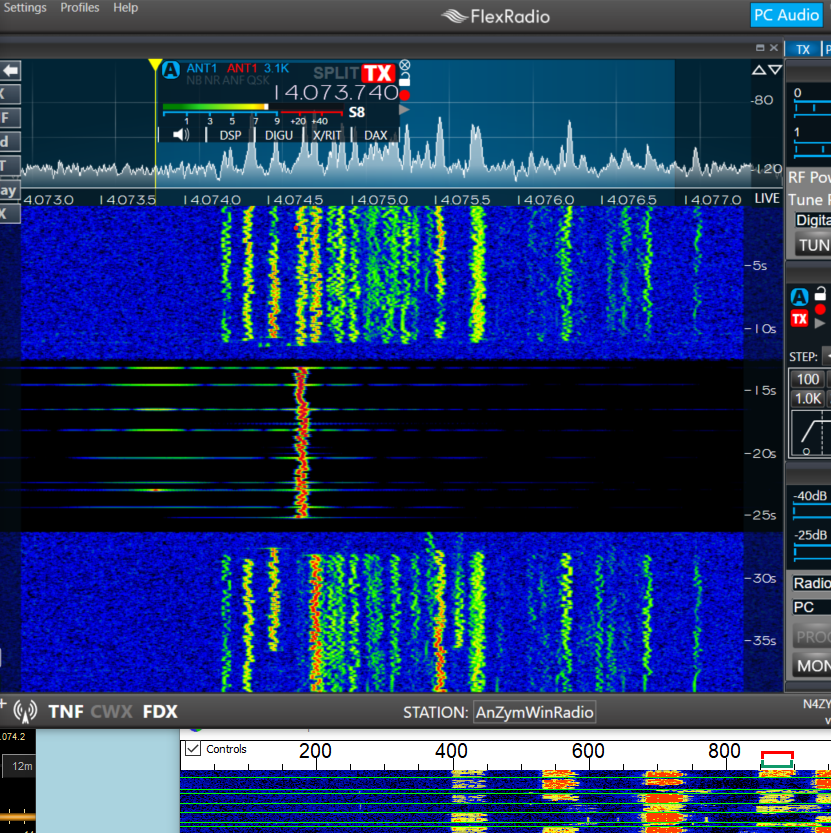