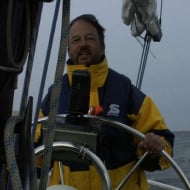 DH2ID Dr.med.Member ✭✭
June 2020 edited June 2020 in SmartSDR for Maestro and M models
Today I had to solve a problem for a friend of mine, who had problems with his FritzBox router and WLAN. His Maestro would not connect correctly to his WLAN. Although all settings were correct, no waterfall would show on his Maestro.I solved this by setting static (fixed) IP's to all his FlexRadio connections by reading the IP's his FritzBox sets automatically, fixing them and then setting all his Flex gear to the corresponding static IP's also.This works and his network runs stable now with no packet loss.My own net at home has static IP's for all stationary PC's and FlexRadios and works with DHCP for all mobile equipment.
0