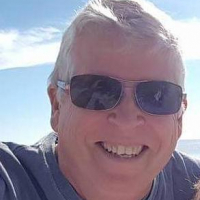 Bill / VA3QB Member ✭✭
September 2019 edited February 2020 in SmartSDR for Windows
Yesterday I installed V3.1.7  on a desktop computer of a fellow ham (This a new radio for this ham- Flex6300 - It came with version SmartSDR_v3.0.27). This was a first time ever install on this computer.  I did the install with remote software while on the phone with this ham. After installing the software it came up "Need to reboot Computer" , so I rebooted the computer and of course lost connection. When the computer restarted, the fellow ham said he got an error on the screen say that the computer would restart.  We restarted the computer and it did the same thing.  This happened at 3 times maybe 4 I lost count.  Then the computer came on with no error and I was able to login to the computer and log into Smartlink and run SmartSDR. Since this point he has had no problems.  I was using Anydesk for remote access and the fellow ham is a elderly senior with reasonable computer skills.  Anyone else had this happen. I have 4 computers that I need to upgrade for my own radio....   I would have put in a ticket had this not resolved it's self.73BillVA3QB
1