ctate243 Amateur radio contesterMember ✭✭
September 2019 edited March 2020 in SmartSDR for Windows
On sunday the Radio Oakley - N6RO superstation hosted an annual picnic for the Northern California Contest Club.  Here is a photo of me demoing SmartControl from my operating position at the station.   As you can see, it attracted a lot of attention, particularly with current flex radio owners.    My operating position consists of a Flex 6600-M, and a Power Genius XL amplifier along with a 4O3A antenna genius switch matrix to give me local and remote access to all bands. The Tranceiver running v3.1.7 and the Power Genius XL combine to provide a full SO2R operating position capability. The new SmartControl feature has enabled me to leverage the large computer display provided by SmartSDR for Windows, while using the tactile knobs and buttons of the M panel of my 6600-M to help up my contest game.  It works GREAT!  This is a feature that has been in great demand by our entire community, and has very real environment improvements by contesters as well.  So I wanted to throw out a big thank you to the flex programming team for a great job implementing this and look forward to any additional future developments to SSDR v3!Thanks!ChrisN6WMFlex Alpha Team member 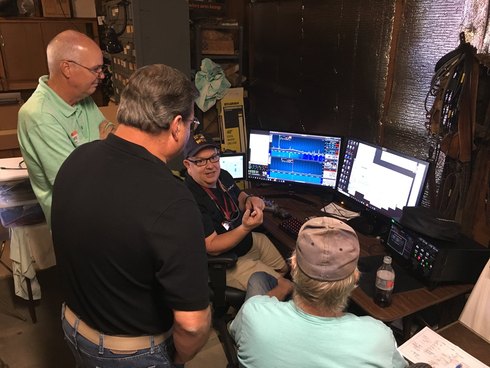