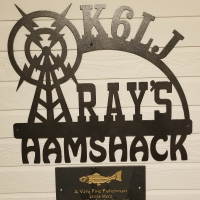 Ray - K6LJ Member ✭✭
September 2018 edited April 2019 in SmartSDR for Windows
I have had recent issues after a windows 10 update and or SmartSDR upgrade. In both cases I have been able to recover after much work. I have seen enough on the forum to know that windows screws up the DAX drivers very often after an update. This has happened to me 2 times in the last two weeks. I recovered however!!I changed with a group policy the rule that windows would only notify me to download before anything else was update. Even after this, first rebooting then installing the update then rebooting then uninstalling the SmartSDR rebooting.Before running SmartSDR I checked the audio - DAX drivers and they were not in the correct order. I knew the FT8 would not work correctly. Eventually I used i/o bit to uninstall the SmartDSR and it did some sort of registry clean. Only then did I eventually get the drivers in the correct order. like below. I knew things would work then. 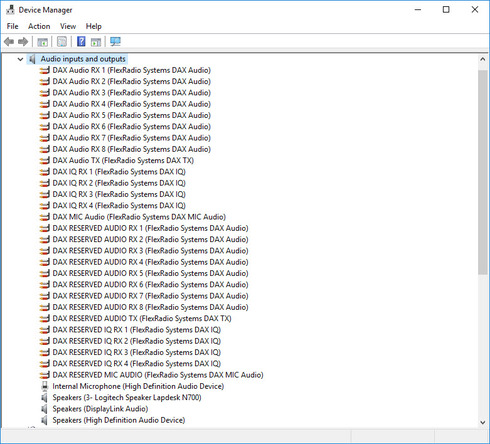 So now the questions. If you once have the correct order of drivers installed like above then after an update it looks like below. There are still 28 drivers but have wrong names. Can you just go down the list and rename them to match the first list?

I have seen this a number of times on the forum. I think it would be good if FRS gave us exactly how we should deal with this rename process.

I believe that everyone after an update or new install should look at the Audio device drivers and are like the first pic. If it is ,then action must be taken to correct. 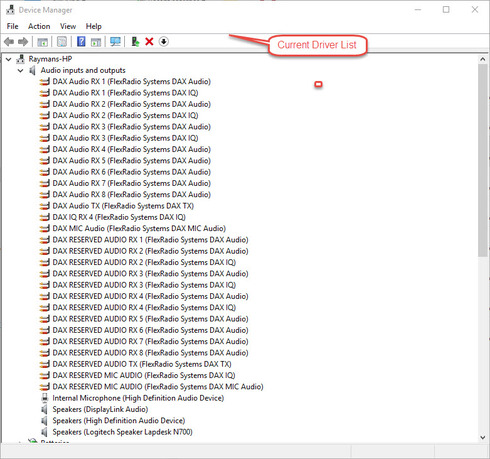