Mike va3mw Member ✭✭
February 2018 edited November 2019 in SmartSDR for Windows
Based on the early results from Nate N4YDU operating at TI7W as a Single Operator All Band, he did a awesome job in this contest.

His Soapbox comments say it all.

First and foremost, a very special thanks to N3KS for inviting me to use his
incredible station in Costa Rica. Kam continues to make great additions to the antenna farm and other station hardware. In addition to several antenna improvements, there was a huge shift in radios.

The station is now equipped with a pair of Flex 6600Ms. I was super impressed with the receivers. I don't usually like to say things like this, but these are truly the best receivers I have ever used. They sound exceptionally clean and make picking out full calls in a pileup less difficult. The radios coupled with software assistance from N4PY really helped.

This was the first time I managed to go the the distance as a single op in a 48 hour contest. The prep several weeks prior to the contest really paid off - especially the increased level of exercising. The bands turned out to be solid. The 10M opening on Saturday lasted about 45 minutes and it was much less and weaker on Sunday.
Nonetheless, it was very productive for some much needed mults. While 15, 20 and 40 were great producers, I was really thrilled with the low band performance.

Kam has installed a pair of 80M wire yagis (3 elements roughly 100 feet high) in the treetops of the jungle. These antennas were fantastic - and RX was really nice. Dual pileup was much easier on the low bands this year because of the antennas and nearly perfectly quiet bands. I really enjoyed the low bands this time.

Congrats to all of the others out there who put in great scores and to those who travelled to put some good DX on the air. On a final note, thanks to everyone who gave me a lot of encouragement and tips on how to improve (especially KL9A and N3KS) - this really is one awesome hobby!

I traded a few emails with Nate and I asked him about fatigue after being up for almost 48 hours.  He replied with:

"Hi Mike - absolutely. That's a product of less artifacts from other stations as typically found with the more traditional conversion type receivers. While I was in a seriously sleep deprived state late in the contest, I was still able to copy full calls on most exchanges."

If you look at the setup, he is pretty much an SO4R operator.  He is using the 2nd slice on each 6600M to watch for band openings.  And, while you can do SO2R from 1 6600M, they chose this type of setup to maximize all available antennas/SCU's and Slices.

I have heard this from many a new Flex operator.  Stu Philips K6TU stressed it at Dayton last year when he was running RTTY contests just how much easier on the ears listening to a 6000 series radio is. 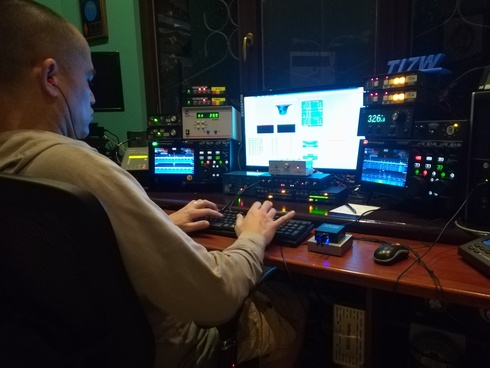 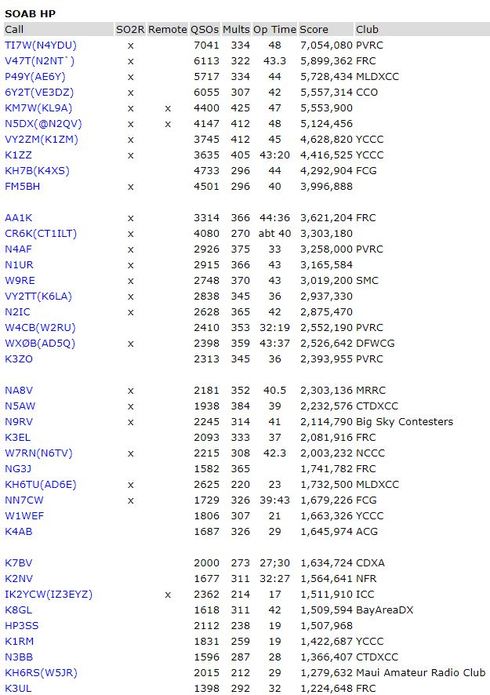