VE7ATJ_Don Member ✭✭
November 2016 edited June 23 in SmartSDR for Windows
Take a look at this screenshot I just took while viewing 80m.  If you look at the letters in mirror, I would swear it is spelling out VE7CNF -- and it repeats.  Anyone else seen something like this? 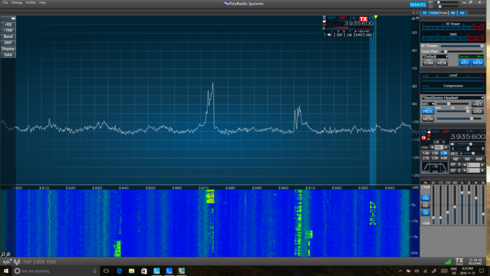