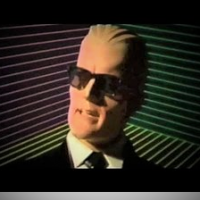 Jim KJ3P Member ✭✭
December 2014 edited April 2020 in New Ideas
SSDR is so easy to use with low-power digital modes, wouldn’t it be great to have a 0-to-10 Watt scale for the RF Power meter for QRP use?  Maybe even an auto-expand feature that would automatically switch to the lower scale below, say, 12 watts (and a color/increment change to indicate the low-power scale)?  With an opt-out for those who want the scale to stay as-is, of course.
5