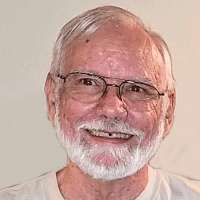 I have a Radio Class where I can connect to various radio types via RS-232 and now the FlexLib API. On program start I successfully connect to my 6700 but if I switch to a different radio and then back to the Flex via the API it doesn't re-discover the radio.

Don't know why API_RadioRemoved is fired twice.
Had to add the sleep() or the radio was re-discovered before the Discovery Thread was exited.

But later when I try to re-connect:
by creating a new Flex6K_APIradio and initialize (in my class constructor):
radio event handlers and program name and
API.Init();

the radio is NOT re-discovered and the API_RadioAdded() event does NOT fire.

I expected that API.Init() would turn radio Discovery back on but guess I'm mistaken.

What is the proper way to completely disconnect from the radio / API so that it will be re-discovered when my class constructor is called, same as it does at program start?

What am I doing wrong?