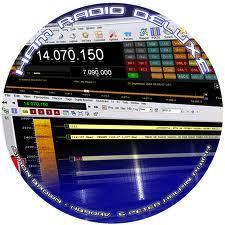 Hi everyone...I thought that I would share my experiences with Ham Radio Deluxe VI and Smart SDR. When using HRD-VI with CAT-64 in Smart SDR, I have found HRD VI to be very unstable and often would not read frequency and start...Even after running the "Test" option in the CAT-64 Virtual Port installer and confirming that the CAT Virtual Port was operational and working by running some test commands, I still could not get HRD-VI to connect through the very same Virtual Port which was just tested via CAT-64. I would have to re-boot the computer; shut down the 6700; and restart everything; and it still would not reliably run. On a whim, I tried HRD-IV and it runs just fine...DM-780 from the HRD-6 package runs just fine with HRD-IV as it connects via Port 7809 (I think...Well, one of those ports which I can't remember for sure right now. I would like to know how HRD-VI is running for others? Thanks in advance...Daniel W3DCB
Tagged:
1