Did I Cause The Great Flexradio Bricking of 2022? 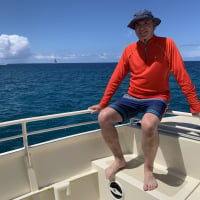 Here is a story you may find interesting. Since Flex has not revealed the cause of The Great Flex Bricking of 2022 I figured that I'd take credit in a kooky conspiratorial manner. Here goes.

About 2 weeks ago I brought my 6500 in to work (University at Buffalo) so that I could hook it up in the10th floor TR that is just below roof level where I'd installed an 80M OCF dipole a few weeks prior. The coax was existing from a previous iteration of the UBARC but the idea of the Flex was necessary as the club has no official space. And the Collegiate Challenge was fast approaching. My goal was to get the rig installed and have a club meeting to get the dozen licensed students and 10 or so faculty and staff up to speed. The School Club Roundup runs in mid-October so I figured my rig would be out of the house for a few weeks, but at least the club could get on the air and have fun. If this all worked out I'd run a fund raiser in hopes getting the club a Flexradio of its own.

So two Fridays ago I hooked it all up, powered up the 6500, and, well, nothing. SmartLink did not connect. My iPhone, iPad and MacBook Pro did not see the rig when I fired up SmartSDR. A call to our "God of IP" (KC2xxx) revealed that the network needed some tweaking. The port the radio was plugged into was reassigned to our "connected devices" network. I then fired up SmartSDR on the Mac and Shazam! The rig showed up in SmartSDR. I tapped on the radio and for about one second got a pan adapter and radio control panel. Then SmartSDR went blank. Hmmmm. Then it was lather, rinse, repeat for three or four more tries.

The the God of IP says, hey, lets make some more changes. He did some magic, and you can imagine what goes on at a University with a population of 40,000. I figure that he is dressed like the guy that runs Hogwarts while waving a wand and making things work. Then he calls to ask me if the Flex can use different UDP ports to move data b/c the default Flex ports are blocked by UB.

After some quick research it appears that we are out of business. Getting those two ports opened requires the radio be behind a departmental firewall with a request from a Dean or VP to get an exception granted. So that is something that'll take a while even though I know all these people and have some leverage.

At this point I packed up my rig and it went back home to be reinstalled. Sometime that weekend, and I don't know if it was Saturday or Sunday, I unhooked the K3 and re-setup the Flex. Upon startup, I think everything worked except I had no radio control panel and could not tune the radio. I tried to connect via SmartLink the next day and no go. The radio was not showing up as an option to pick. I don’t remember if it was also not showing up on my local network with a 192.168.x.x address.

I spent hours dicking with the setup and my network trying to find the problem. I figured that the time the rig spent at UB while we tried to set it up caused some bizarre issue. The next day or so the discussion boards were brimming with messages about "no slice". So I put in a ticket and waited with everyone else.

Yes, 3.3.33 solve my problem but I was w/o my radio for a week. It was fun to run the K3 for a while like "back in the day" as they say. If this happened during the September VHF contest I'd have been LIVID!

In the end I'm left with questions:

1. Will the UBARC want to buy a Flexradio after this incident/situation?

2. Will I be making a Wikipedia entry for "The Great Flexradio Bricking of 2022" and giving myself credit for this whole mess?

4. Will I buy another Flexradio to keep in an EMP proof box so I'm ready for the next time this happens?