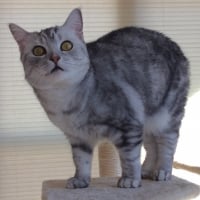 gordonz Member ✭
July 2022 in SmartSDR for Mac
I purchased the Hercules Starlight DJ midi controller. This controller is not specifically supported by Marcus. It was similar to Hercules that is supported and I was hoping it would work. Most of the controllers Marcus lists as being supported seem to be no longer sold. I like this controller because it has more knobs than the others.

After much experimenting, I found that it is best to set the compatibility to DJ2GO2. The other compatibility selections make the controls on the right side use the same button and knob ids as the the left side. Using DJ2GO2 allows each button, knob and LED to have a unique id.

Everything works great after assigning the radio controls to the controller except using the jog wheels for tuning. No matter what I try, turning the jog wheels to tune causes the frequency to jump by megahertz. When viewing the jog wheel control in the midi mapping editor I only see the control values of 1 and 127. Other knobs range from 1 to 127 with all 127 values visible as I turn the knob. Any suggestions would be appreciated.

I have attached a file with all of the button, knob and LED codes. The codes for the LEDs were quit difficult to determine.

This controller has annoying flashing LEDs on the bottom of the base. I took the clear bottom off of the controller and covered those LEDs with electrical tape and replaced the bottom. Problem solved.
Hecules Starlight With Labels.jpeg 206.6K
Hercules Midi Controller Setup.pdf 1.3M
Tagged:
0