I am having continuing difficulty interfacing it to my Flex 6300. I have followed the instructions to the best of my ability but cannot get transmit to function in the normal manner. The hardware interface is simple, an RG58 BNC connection to the appropriate places, and the transverter PTT RCA port is connected to the “Tx” RCA port on the 6300 (there is only one tx port on the 6300 as opposed to three on subsequent Flex 6000 series radios).

The receive in the FM repeater mode functions normally with the transverter, and with the exception of the sub audible tones coming through quite loudly, the audio is fine, and the reception excellent.

But on transmit, I get no output from the transverter. I have configured the settings correctly as I understand them. I am using the Flex FHM-2 Microphone which came with the radio, with the mic plugged directly into the Flex 6300. I use a Mac Mini M1 and SmartSDR for Mac in the normal manner. The transmit mode functions normally when used for 20 meters or other HF SSB transmissions.

When trying to use the transmit function on 2 meter NFN, SmartSDR for Mac goes into the transmit mode as signaled by the red frame in the software. The transverter also shows a red light on the XMIT LED. But there is no Rf output. It appears that the PTT is configured correctly.

I am attaching pictures from my screen in hopes that someone might spot what I am doing incorrectly in the transverter configuration to get the FM transmit to function normally.

The first screen shows transmitting with audio present, but no RF.

The Second screen is the receive settings, which function normally, the third and fourth are the Flex settings for “Transverter” and for "Tx Band Settings”.

On the “Transverter” settings, I have tried to set the “Max Power” to 20Db, but the flex resets it to 15Db shown. 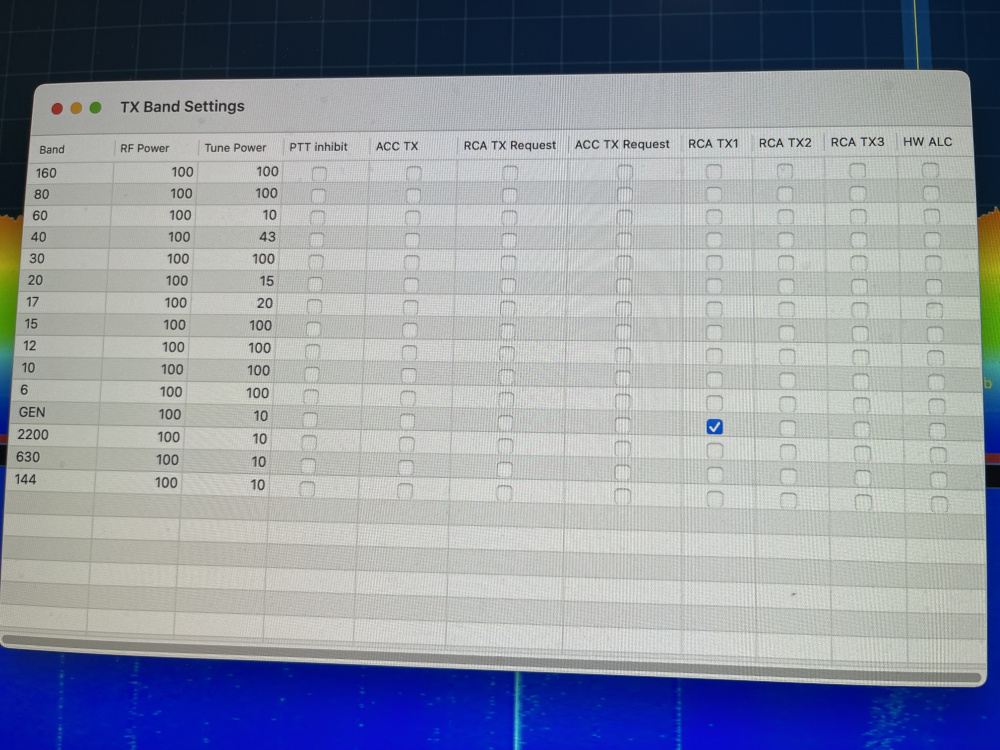 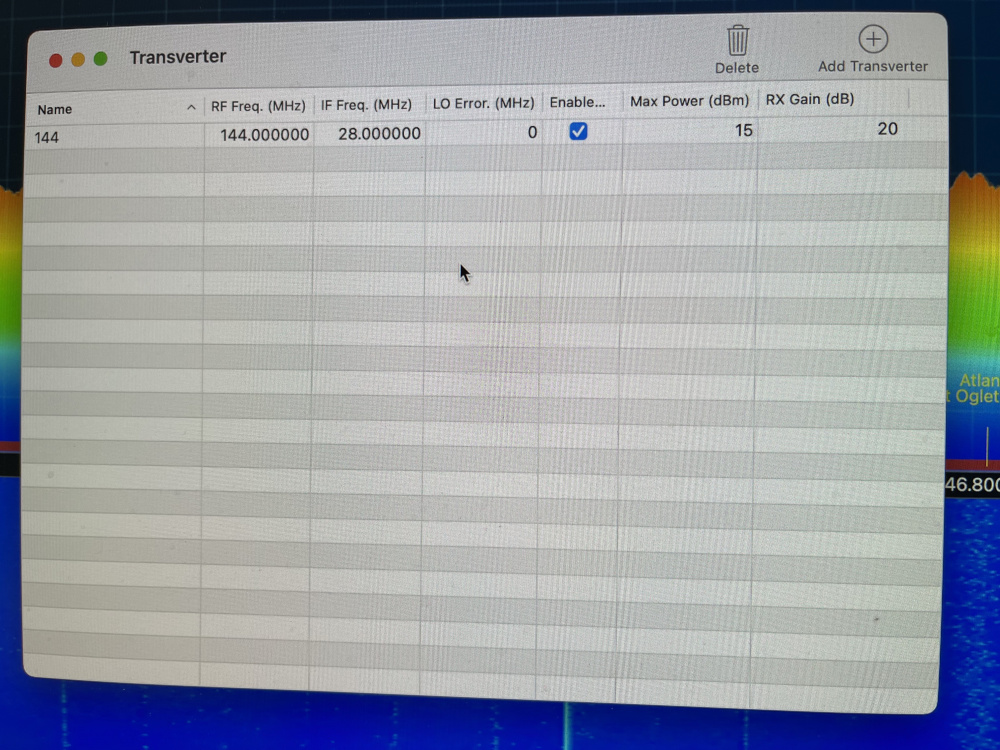 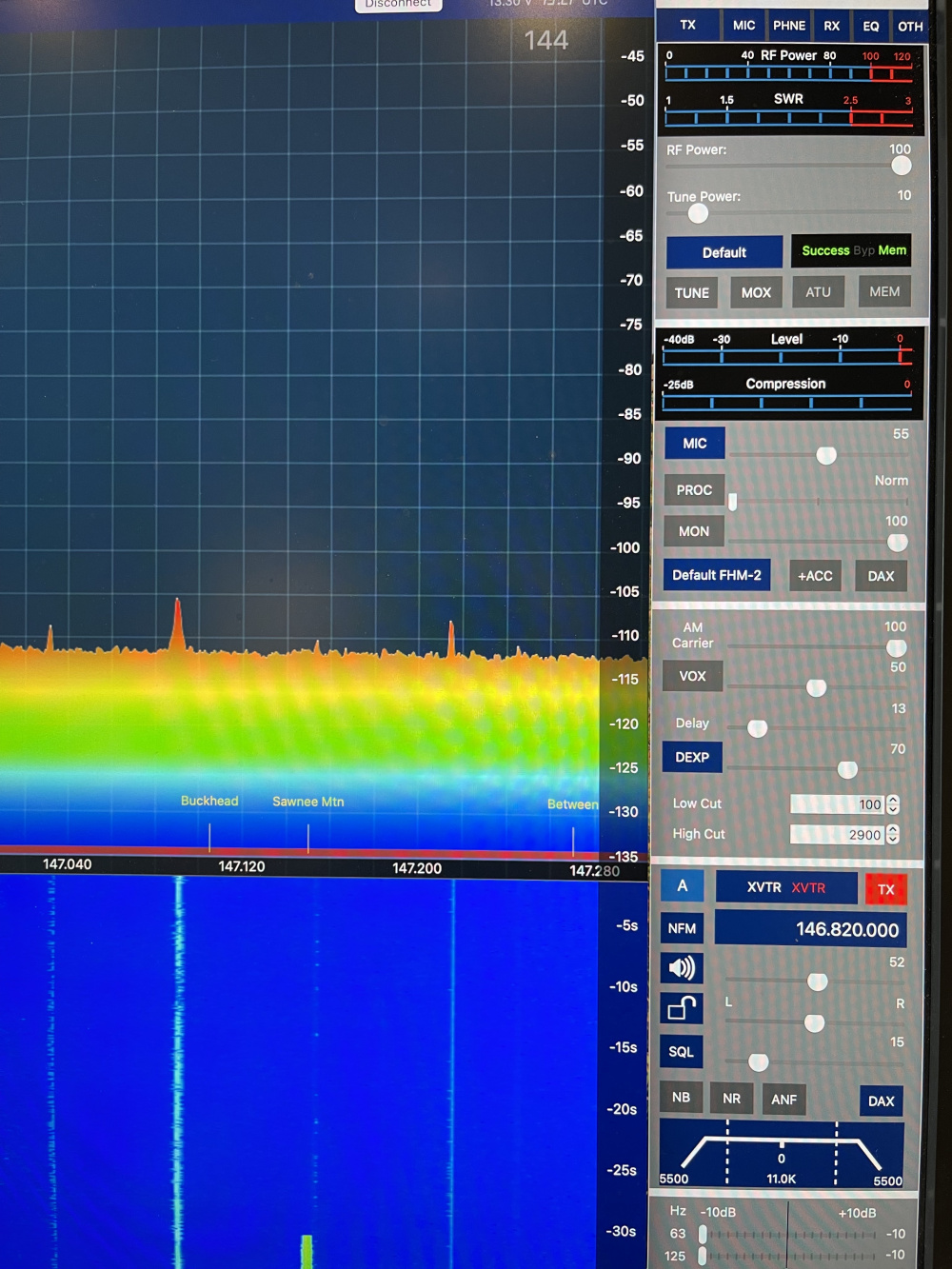 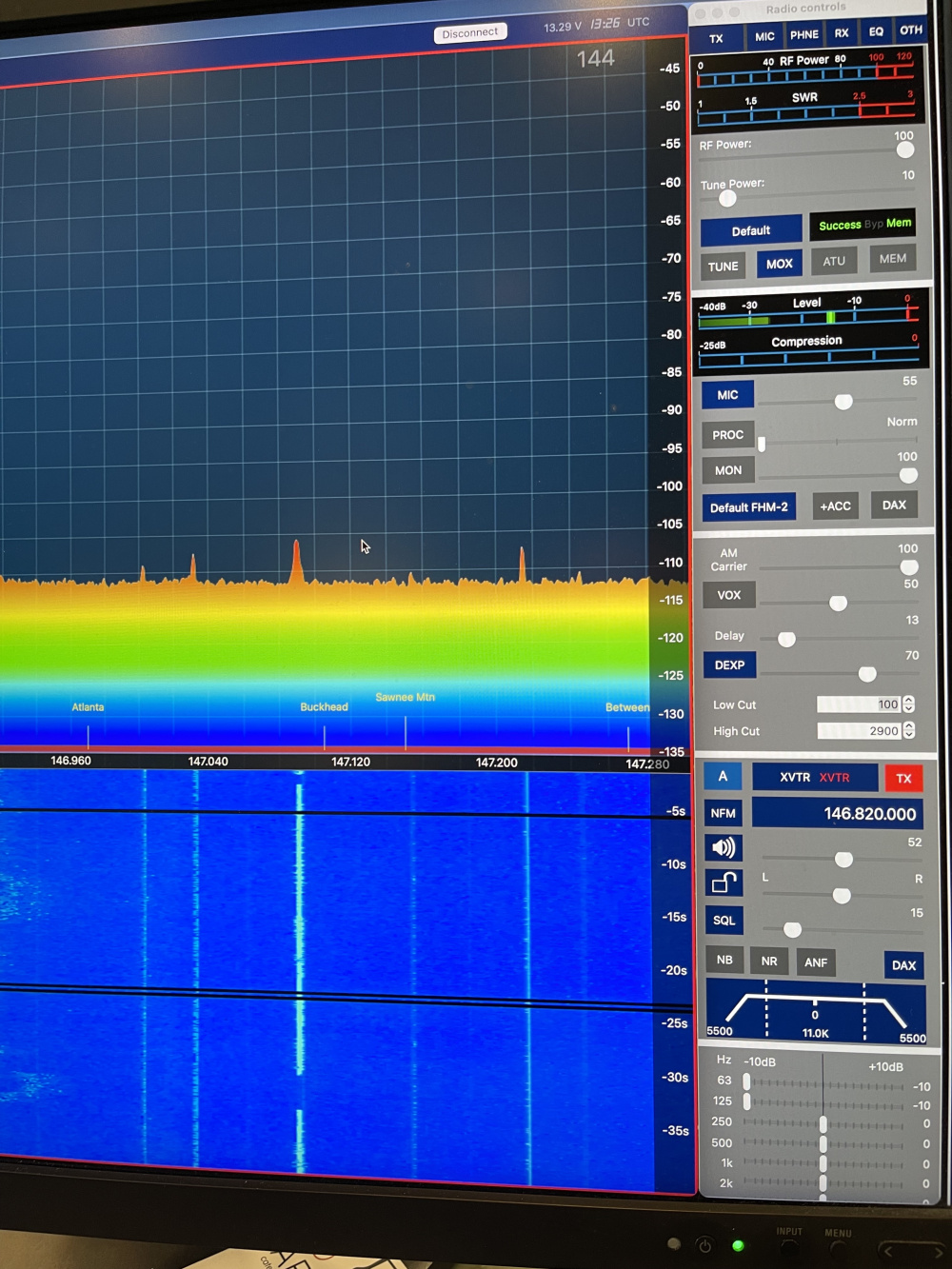