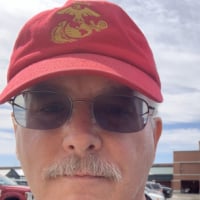 I'm trying to setup my KPA500. However, there is no enable/disable button to toggle in the Radio Setup TX1 Tab? Any ideas?