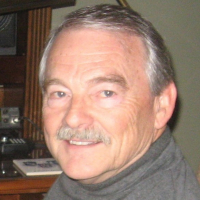 My much-loved Flex 6000, purchased in March 2018 and not covered by an extended warranty, developed a power line short (actually 1.8 ohms between power-pole jacks) during normal operation. Was originally thought to be an external power supply issue—Astron 35M showed 1.5V and 1A just after failure—since other PS-attached units went out at the same time; but subsequent testing showed that the “crowbar-ing” culprit was the Flex radio. BTW, the power supply came through the direct short unscathed—PS crowbar circuit did what it was designed to do.

Prior community forum posts have attributed this same failure mode to a shorted 10uF electrolytic capacitor across the power-pole connector. Has anyone with this radio (beyond the warranty period of course) ventured deep enough into the hardware to get to this connector and/or locate the one (or more?) electrolytic caps across the DC power jack? If so, do you have any lessons learned that you can share? Access to this area from below looks impractical or at least difficult due to the way the various aluminum shield panels are secured. Access from above appears to be the successive removal of at least two stacked PCBs, but might be the best access approach. Suggestions would be appreciated from anyone who has ventured into the region of the power-pole connector and (likely-nearby) caps.  A photo would be terrific.