Worst idea I ever came up with.... 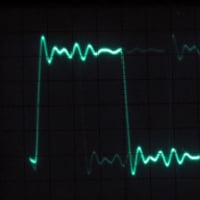 Playing with the FRStack program and.....