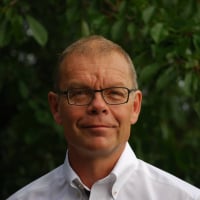 For coming CQ WW160 inband operation would be attractive. I assume running with one antenna on ANT1 and another simalar antenna on the same band on ANT2 would require a fair amount of antenna isolation between the antennas. But how much? What antenna isolation does the radio cope with in this scenario?

Doing the similar set up but with one antenna on ANT1 on 6700 and another antenna on ANT1 on another 6600 would be more forgiving. But how much better? Anyone that have tested inband operation and have some internal radio isolation figures to share?