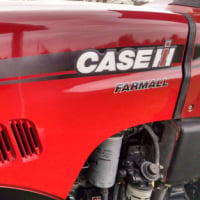 New Country alarm is sounding but the countries listed in JTAlert are not wanted , also none of the audio alerts are colored yellow after the alarm is sounded . I'm using a Flex 6500 , WSJTv2.2.2, ACLog and JTAlert 2.16.15 . with 2 instances of WSJT and JTAlerts running.. I have JTAlert set to not show NA but as a test I unchecked all continents in JTAlert and still get the audio alarm "New Country" ... Not on all decodes , it's random but happens very often.

I've tried many thing . Complete uninstall JTAlerts using REVO Uninstaller , tried other versions of JTAlert , reinstalled new country list plus the sound files, did the scan and rebuild , setup the 2 instances up manually and also used an app called slice master. Each time I change anything in settings , I exit out of both instances then back up., at time's I'd do a reboot .

Best I can tell , when I hear the audio alert with no colors showing there not real . I made a list after a decode , then looked in settings at the wanted / not wanted . The fault alarms show as " Not Wanted " I tested this by moving countries like France Spain Germany to the " Wanted " list and they do show yellow with red text.

I've spent allot of time with no joy , I just know I'm messing up somewhere