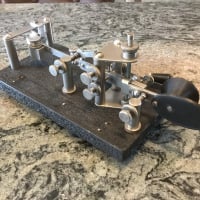 Joe N3HEE Member ✭✭
October 2019 edited October 2019 in Contesting
I experienced some strange behaviors with N1MM and SSDR over this past weekend in the Stew Perry contest.  This was the first time I used SSDR 2.5.1 (Windows client) in a contest.  Before this I was using SSDR 2.4.9 with N1MM without issues.  Four times the radio got stuck in TX enable.  The radio was keyed with red light on. It would not switch back to receive. This behavior was occurring randomly.  The first couple of times I just rebooted the radio in an effort to quickly get back to the contest.  The third and fourth time it happened I took some time and found that restarting N1MM cleared the problem.  So it seems there may be an issue with N1MM and SSDR.  I was using latest version of N1MM (1.0.7971.0) Two times I randomly lost audio from the radio.  The panadapter was full of signals but no sound coming out of my headphones or speakers.  Not sure if N1MM was to blame for this issue as I did not try to troubleshoot this during the contest.  I simply reboot the radio to get back into the contest.I've never had this happen with 2.4.9 during a contest.  I have not had this happen with 2.5.1 outside of a contest.I will report this to N1MM devs.Anyone else having similar issues ?
0