Flex 6400 back on track ... Thank you Flex for having such great ground support 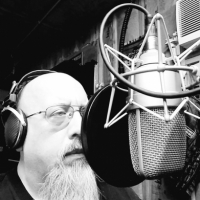 Kevin J. Darrah Member ✭✭
June 2019 edited October 2019 in FLEX-6000 Signature Series
Sometime back I posted I was having interaction problems between the Flex screen when it was open and running, and would routinely lock up with much buzzing and digital noise when I was also surfing the internet, after I tried to do an upgrade.

Well in my particular instance, about the time I was doing the upgrading and a reboot, Windows 10 had also updated, and after a couple of days of fighting the issue, it was too the point that my radio was almost unusable.

I sent out a help desk ticket and Tim responded kindly in short order, and was with me every step of the way. Although Tim wasn't directly responsible for the solution, he was there every step until I made sure I had my Flex up and running!

It was a very unusual circumstance, my timing couldn't have been worse with the dreaded Window Full Upgrade too Windows 10 Version 1903 I believe it was, along with trying to update the Flex at the same time.


I am happy to say that the Flex 6400 is working flawlessly, and the upgraded software from 2.4.9 too 3.0 went well. As I've come to find out over the years, sometimes Windows isn't so user friendly and now I cringe every time I see Microsoft updates. The last couple of updates would knock my Audacity out of commission and I would get the blue screen when starting it. SMH!

Thank you to the people on here, and especially to the Flex staff for continually moving us forward!