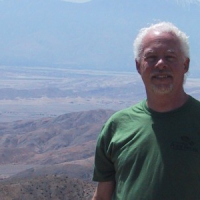 Michael Wheatley Member ✭✭
May 2019 edited August 2020 in SmartSDR for Windows
In SSDR V2.5 and V3, the TX and Mic profiles are automatically saved when changes to their settings are made.  The is not optional:  there is no "turn on/turn off autosave" switch.

Can someone explain to me why this behavior is good or desirable?

I have carefully set up my profiles to do what I want them to.  Occasionally I will temporarily make a change to my operating settings for a good reason.  To restore them to what they are, I simply reload the profile I was using.  With autosave I will have to have two versions of each of my profiles: the one I want and a garbage one that I can use while operating.  I will have to load the profile I want, then save it as garbage.  When I want to revert to the desired profile, I will have to load it again and save it again to garbage.

Sounds like a good reason to stay with v2.49