Arvind Mallya Member ✭✭
March 2019 edited June 18 in FLEX-6000 Signature Series
I will appreciate if someone can explain the Clock Synchronization for WSJTX-FT-8. It has been hit or miss on QSOs and I checked the CPU utilization which is about 25%. In Windows 10 I set the clock to NIST and found I got fewer QSOs, the Windows display clock and the FT-8 incomming QSOs were off by 13 seconds. When I switched to the Microsoft clock it was much better and was able to complete a QSO in South America. What I would like to know is how does some of the other suggested clocks help improve the synchronization? I would expect all of them have a reference to NIST or some other standard atomic clock standard. 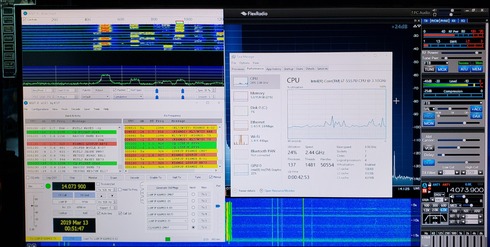