My 6400M and the Dreaded Three Flashing Red LED SOS-Resolved

I would like to share a unique experience that I had my Flex radio 6400M this past week.

My 6400M is back to life, alive and kicking A$$...lol and I would like to send a big thank you to Tim and his team for  working with me to resolved the issue.

So I got my 6400M last week and the rig booted fine on the first power up, loaded the onboard firmware.  However on subsequent reboots, I got the dreaded three red flashing LED error—meaning, boot failure.  Tried to fix the issue with the factory reset and resulted to no avail.  I immediately emailed Michael, my sales guy who immediately opened a helpdesk ticket for me.

I got a reply from Tim, he contacted the service manager to determine best course of action to resolve my issue ASAP.  By Thursday, I got an update that the micro SD-card is corrupted on my 6400M and he is sending a replacement so I can perform a field repair, if feel comfortable performing myself, of which replied of course, I’m a Ham.

The replacement arrived Saturday, I installed, and lo and behold, my radio has was risen from the dead…wow…it works and it brings such a big joy to finally see it working after several days waiting and months of researching, waiting, and deciding in anticipation of what is the best SDR Ham radio in the market.

I’m sure all will agree that such a product should not have been be sold until 99% fully tested and Q/A before it goes to marketing and sales, but that is also why vendors offer warranty as not every possible future failures can be tested at the proving grounds until the us consumers, begins the real world testing where the “rubber meets the road”.

So I jumped on the SDR bandwagon lately after putting away my ham keys and mic for over 30 years, was a former KH4AB back in l979-80 from my Navy days at US Naval Air Station Midway Islands, where I first got into ham radio.  Radios I owned are the Kenwood TS820S, and TS-120S…fast forward today and got the ham bug again, retook the test and I cannot believe how much has changed.

So I rushed and hurriedly plunk down for an ICOM 7300 as it appears to be the most popular and least expensive modern rig that is SDR capable.  Well I guess after months of use and more research, I came to the realization that my current rig is not what I was expecting in a fuller and richer SDR, and was somewhat considering the ICOM 7610, but when compared to the Flex Radio 6000 series, I gravitated to the Flex Radio series as I feel the Flex 6400 or 6600 series are more revolutionary, not to mention the thought process of “less is more” that went into the simplicity of the front panel design vs the other brands with some many knobs just look too busy IMHO.

I also chose the “M” models, as I am still somehow “traditional” and still like the touch of the ”knob”…lol.  I was sticker shocked when I looked at the prices, and it took me several months to reconcile and come up with a budget.  I remember some 40 years back, Heath-Kits, Kenwoods TS lines, and Yeasu FT101s can be had under $1,000, wow what happened?

By the way, I could not believe the ease and quick setup of getting the my 6400M and SmartSDR applications running over the network as it was literally plug and play during the first install.  I also was able to interface the 6400M to my Cirro Mazonni “Baby Loop” antenna via CAT protocol seamlessly first time vs the IC 7300 via the C-IV Icom protocol.  Sorry for my language, but this “darn” thing just works out of the box IMHO.

As professional network engineer/architect, I was amazed of how development of ham radio SDR is running in parallel with computer networks as implementation of SD-WAN is also occurring in today’s commercial network, replacing the hardware driven traditional hub and spoke private MPLS networks to the widely available broadband Internet circuits resulting in a full mesh networks.

I may seem to have an advantage with this technology as it closely relates to my professional line of work, but I can also understand from a ham’s traditional point of view that when a radio is powered on, turns on the radio and ready to operate in seconds vice having to wait two or more minutes to boot the SDR radio.  But SDR radios are servers and by best practice, systems servers are on and running mostly 24X7.

In closing, I would like to thank Gerald and staff for his ingenuity and vison of the future of ham radio as I believe SDR is the new direction of ham radio. 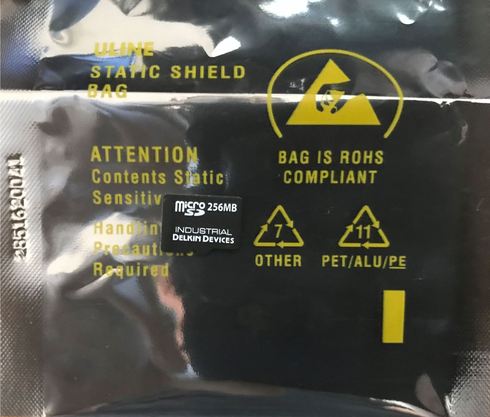 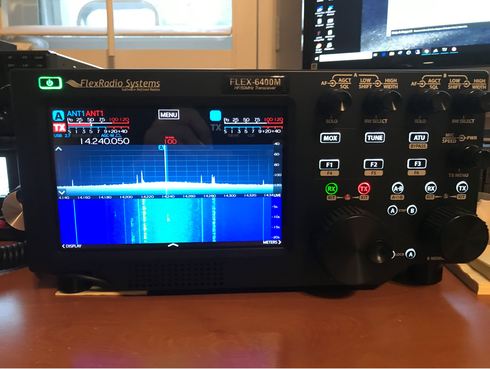 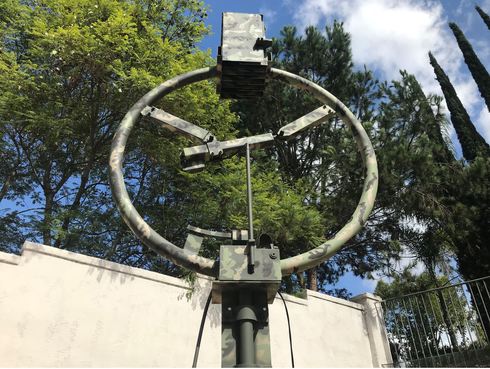