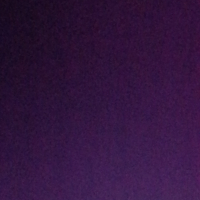 I don't get 100W out on most bands into several different power meters into a few different dummy loads--all tried separately of course <grin>.  I have read a few explanations of why that would not be the case due to a few variables including actual power available to the radio, accuracy of the SWR meters, the real impedance of the dummy loads, etc.

Of course 10-30W less may not make as big a difference in db at a distant station, that is not my point here.
I'm guessing that FRStack reports my 6700's voltage via the SmartSDR API.

My first question is:  Does anyone know generally speaking where that voltage, as measured by FRStack, is measured internally in the radio?

Since I've tried several power meters and several dummy loads, i thought I would take a closer look at the power supplied.

My second question is:  When being advised to supply 13.8V + or - 15%, where is that voltage meant to be measured--at the PowerPoles of the radio or internally somewhere such as where SmartSDR reports its voltage reading?

Of course, I have found some voltage variations at different points in the power circuit (at the power supply, at a 12v power distribution hub, at the radio, etc.

So, for simplicity, I conducted the following measurements (rounded) with a 10ga, 10" power cable directly to the radio (temporarily not even including a fuse in the circuit).

If I increase the voltage output of my power supply, I am trying to be careful by asking:

My fourth question:  For optimum power output, is that prescribed level meant to be with the radio off, radio on RX, or the radio on TX under full load (100%)?
Thanks.