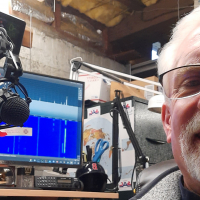 Is it better to leave the 13.8VDC applied or is it OK to turn the power supply on and off after use?  I turn the PS on and then the button on the front of the 6300 and use as normal. Power down is 6300 first then the PS.

Which is best or does it matter/

Thanks in advance for the response.