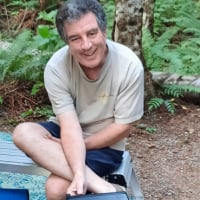 VE7ATJ_Don British ColumbiaMember ✭✭✭
June 2017 edited December 2019 in New Ideas
An idea for next version of SSDR -- when TNF's are 'globally' turned off (I.e. the icon in the bottom left), have a message that tells you 'TNF is not available' when you attempt to create on in the waterfall display.  Or, alternatively, when one tries to create one in the waterfall, have the TNF feature globally turned on.

My reason for asking  is that I just spent over a week playing with various TNF features to block out carriers, etc. and none of them were working.  I thought there was something wrong with my installation of SSDR!  Then, after watching another youtube on the function, I finally realized that TNF's were globally turned off (via the icon in lower left).  Magically, they started working AFTER I turned the function back on.  Yea, Yea, RTFM, but maybe in the next version of SSDR, we could have it be a little more 'intuitive/smart' about telling us when we try to do something silly?Thanks.